Mark Zuckerberg has announced that he and his wife Dr. Priscilla Chan are expecting their first child.

The Facebook founder took to... well, Facebook, to announce that they are expecting a baby girl after years of trying and three miscarriages. 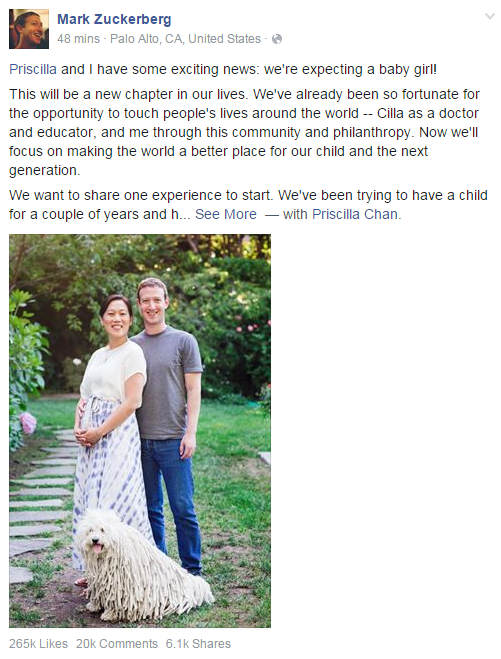 END_OF_DOCUMENT_TOKEN_TO_BE_REPLACED

Along with a gorgeous photo of himself, his wife of three years and their dog Beast, the entrepreneur extraordinaire shared a moving message.

He wrote: "You feel so hopeful when you learn you're going to have a child.

"You start imagining who they'll become and dreaming of hopes for their future. You start making plans, and then they're gone.

END_OF_DOCUMENT_TOKEN_TO_BE_REPLACED

"It's a lonely experience." 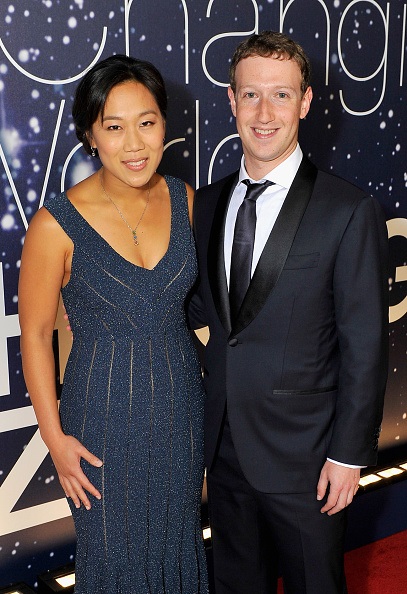 He says that the pregnancy is far along now and that the risk of loss is low. Chan and their future daughter are both healthy.

The 31-year-old discusses the fact that talking about these subjects is still taboo, but that he wanted to open up to break the stigma.

END_OF_DOCUMENT_TOKEN_TO_BE_REPLACED 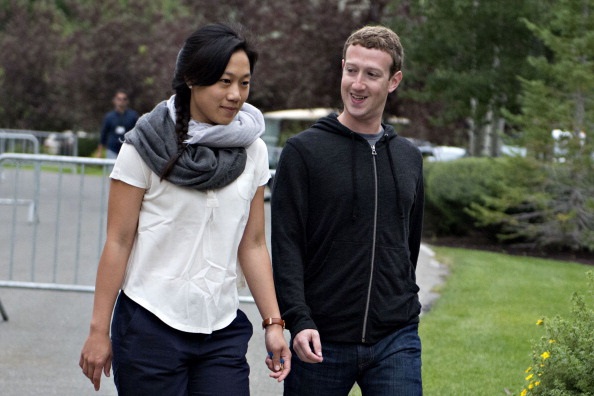 He wrote: "Most people don't discuss miscarriages because you worry your problems will distance you or reflect upon you—as if you're defective or did something to cause this.

"So you struggle on your own."

Priscilla and Mark were college sweethearts and dated for 9 years before tying the knot in 2012.

popular
Woman who 'fell off' rollercoaster ride is identified
Corrie actress Lucy Fallon pregnant after miscarriage heartache
Alec and Hilaria Baldwin welcome their seventh child
Budget 2023: Parents will not have to pay for primary school books from next year
Netflix's true crime series Sins of our Mother is seriously insane
So, William and Harry have a step sister... and who knew?
Don't Worry Darling crew members deny "screaming match" between Pugh and Wilde
You may also like
3 years ago
Turns out, this colour of wine gives you the WORST hangover
6 years ago
Gwen Stefani Receives Massive Backlash After "Insulting" April Fools' Prank
6 years ago
Katie Price Names And Shames The Twitter Trolls Bullying Her Son Harvey
6 years ago
Kim Kardashian Blasts "Body-Shaming and Slut-Shaming" In Brilliantly Honest Post
6 years ago
WATCH: Emma Watson Launched HeForShe Arts Week On International Women’s Day
6 years ago
Kylie Minogue Just Served Kylie Jenner With Some Scathing Home Truths
Next Page