Mary-Kate Olsen and Olivier Sarkozy are divorcing, according to reports.

Mary-Kate is believed to have sought an emergency divorce from her husband of five years.

The 33-year-old first filed for divorce from the French man in April, reports TMZ, but the request was denied by New York courts.

Legal proceedings in the state have ground to a halt due to the coronavirus pandemic and so only filings for emergency divorces are being accepted.

The site states that Mary-Kate has now requested an emergency order to allow her to file for divorce.

She has said that she was effectively kicked out of the apartment they shared when Olivier terminated the lease without notifying her.

She was given a deadline of 18 May to take all of her possessions from the property. An emergency divorce would prevent her belongings from being thrown out. 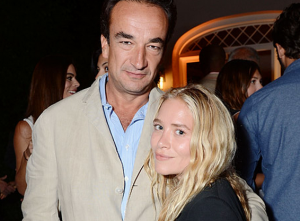 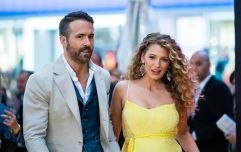 END_OF_DOCUMENT_TOKEN_TO_BE_REPLACED

The former child star has also requested that the pre-nuptial agreement she and Olivier signed prior to marrying be enacted, TMZ said.

Mary-Kate and Olivier, whose half-brother is former French president Nicolas Sarkozy, first began dating in 2012 and married in New York in November 2015.

Having first risen to fame at the age of one, Mary-Kate and twin sister Ashley announced their retirement from acting in 2012.

They now run luxury fashion brands The Row and Elizabeth and James.

popular
Bacteria watch: 7 dirty things to clean in your home immediately
Irish influencer Lisa Jordan reveals her little boy's name and it's so cute
It turns out we may have been brushing our hair wrong the whole time
WATCH: Former 'Charmed' actress shows off shocking hair loss due to COVID-19
The 2021 Ikea catalogue has been revealed – and it is filled with ideas and inspiration
83,000 people uninstalled Covid Tracker App following battery issue
5 water bottles that will keep you hydrated and your water extra cold!
You may also like
1 month ago
It's official: Sophie Turner and Joe Jonas are expecting their first child together
1 month ago
Keanu Reeves is auctioning off a 15 minute Zoom date for charity
2 months ago
Paul Mescal's chain raffle raises over €70k for Pieta House
2 months ago
'An intense time': John Boyega thanks followers for support during Black Lives Matter protests
2 months ago
Kanye West makes $2 million donation, sets up college fund for George Floyd's daughter
2 months ago
'There will be tears': Kate Garraway says husband could be in a coma for a year due to #Covid-19
Next Page