Matthew Perry says he spent $9million trying to get sober

He opened up on his sobriety recently.

Matthew Perry has revealed the staggering cost of his journey to sobriety.

The Friends star, 53, shared the head-turning amount of money he spent on getting help for his addiction in a recent interview with The New York Times, while promoting his upcoming memoir Friends, Lovers and the Big Terrible Thing. 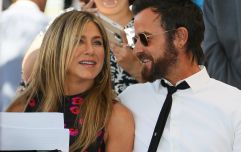 END_OF_DOCUMENT_TOKEN_TO_BE_REPLACED

The actor, while shared that he recently celebrated 18 months of sobriety, estimated: "I've probably spent $9 million or something trying to get sober."

The timeline suggests that Perry was newly sober during the Friends reunion special, which aired in May 2021.

Perry's net worth stands at $120 million (£106 million), according to Celebrity Net Worth.

“Secrets kill you. Secrets kill people like me.” @MatthewPerry - success, fame & his struggle with addiction. 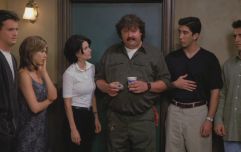 END_OF_DOCUMENT_TOKEN_TO_BE_REPLACED

This comes after he revealed that he nearly died from an opioid addiction, and detailed how his drug and alcohol addictions left him with a 2% survival after opioids caused his colon to burst and left him in a two-week coma.

The TV star is set to sit down with ABC News anchor Diane Sawyer for an exclusive broadcast interview, airing Friday, October 28. 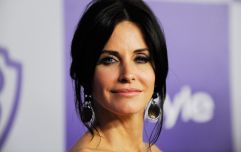 END_OF_DOCUMENT_TOKEN_TO_BE_REPLACED

In the trailer Perry revealed that co-star Jennifer Aniston confronted him about his drinking and revealed to the actor that she and the rest of the cast '"know you're drinking."'

He also shared Aniston's continued support during his recovery: "[Aniston] was the one that reached out the most,'

He added: "I'm really grateful to her for that."

The extent of Perry's drug addiction was revealed on Thursday during his interview with People Magazine, while he was speaking about his upcoming memoir.

During this interview, Perry spoke about his decades long battle to rid himself of the disease of addiction.

He revealed that he had to have 14 surgeries on is stomach and had to use a colostomy bag for nine months; he said his stomach has a number of scars from the multiple surgeries.

The 17 Again actor said news from his therapist keeps him from relapsing - he was told he may have to use a colostomy bag for the rest of his life if he takes drugs again.

Perry did not disclose when he got sober but said he is "pretty healthy" now and chooses to "count each day".