Maura Higgins is living everyone's worst nightmare after her latest injury, managing to land herself in A&E following a very sore sounding incident.

The former Love Island star took to Instagram to tell her followers of her horrifying incident, revealing that she's had an unfortunate kitchen mishap to deal with.

END_OF_DOCUMENT_TOKEN_TO_BE_REPLACED

Sharing a snap of herself in the A&E waiting room to her Instagram stories, Maura wrote: "Ended up in A&E after slicing my finger to the bone... Happy F***ing Monday!!"

While it only shows her glamorous Louis Vuitton slippers and a pair of tracksuit bottoms, we're delighted she didn't choose to post a picture of her injury on there too. 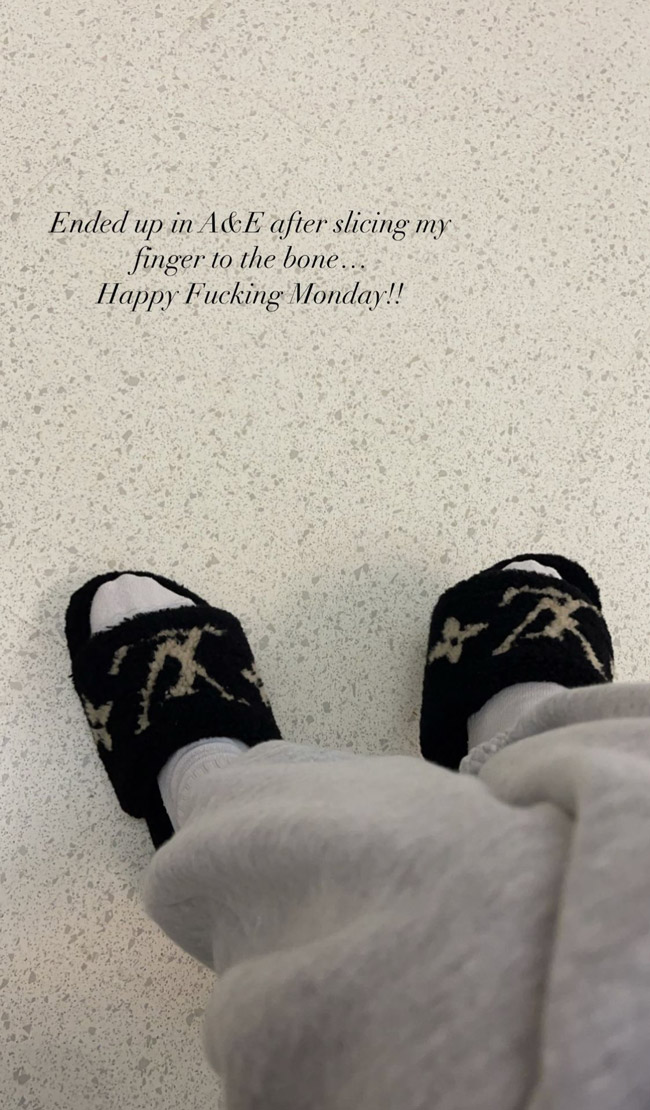 Despite her stroke of bad luck in the kitchen, things seem to be looking up for the Longford native, with an array of new projects heading her way.

Jetting off to the Maldives with friends to celebrate her birthday, moved into a new home and managed to snap up a modelling contract with Elite Model Management as well as its sister agency EWG Management in New York and Los Angeles.

Taking to Instagram to announce the news, Maura shared a snap of herself standing outside Elite's London office wearing an Off White bodysuit and black blazer.

Flashing a peace sign to the camera, she wrote "Here's to new beginnings."

END_OF_DOCUMENT_TOKEN_TO_BE_REPLACED

According to MailOnline, Maura had been trying to distance herself from reality TV after her stint on Love Island in 2019 and then her time on Dancing On Ice that same year.

After successful brand partnerships with the likes of Anne Summers, insiders revealed that Maura wanted to keep modelling but take her career in a different direction.

popular
Women are rinsing their hair in apple cider vinegar – and the results are amazing
"Hair contouring" is about to be huge, here's everything you need to know
The Puppet Master: Where is Robert Hendy-Freegard now?
Here is how your trendy bath bombs are actually really bad news for your vagina
Damian Lewis pays touching tribute to late wife Helen McCrory with Irish poem
Love is in the air: 3 new fragrances we love – just in time for Valentine's Day
Someone has ranked the penis size of men from all over the world
You may also like
2 weeks ago
Opinion: The takedown of Molly-Mae: Should cancel culture be this gleeful?
2 weeks ago
Molly Mae Hague personally apologises for controversial comments
2 weeks ago
Love Island now open to non-binary contestants
2 weeks ago
Love Island's Liberty Poole opens up about love life following split from Jake Cornish
2 weeks ago
Molly-Mae Hague responds to backlash over controversial comments
2 weeks ago
Greg O'Shea confirms split from girlfriend after two years
Next Page