Maura Higgins cut a glamorous figure at this week's TV Choice Awards – but it looks like the evening might not have gone as planned.

Maura and Katie, who plays Sinead Tinker on the soap, were spotted leaving the awards together but photos taken outside the Hilton Park Lane Hotel in London appear to show the pair having a row.

According to The Sun, the women exchanged angry words as Maura's other half Curtis tried to intervene.

But despite the photos, both women have since denied any drama. 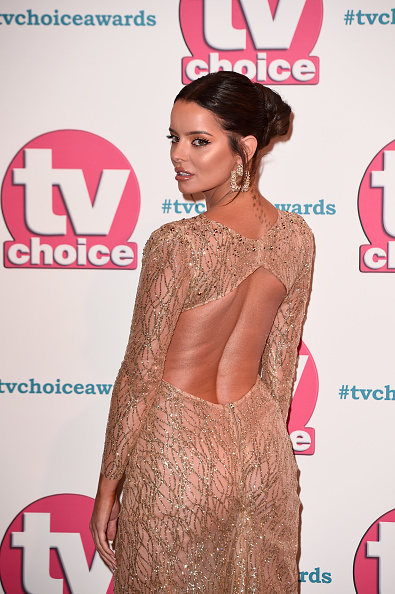 Taking to Twitter, Katie wrote; "It was a pleasure meeting @MauraHiggins last night, she’s a lovely girl! We had a great night. Must remember to be less animated when talking to new friends haha."

END_OF_DOCUMENT_TOKEN_TO_BE_REPLACED

A rep for Maura also commented. "These claims are false, Maura and Katie are friends and they even left together," they said.

This comes days after reports that Maura has been signed up for the next series of Dancing On Ice.

ITV producers chose her after meeting with several of this year's Islanders, a source said.

"It was looking hopeful for Amber but Maura pipped her to the post with her sense of humour and personality.

“Maura is hoping Curtis can now teach her more moves, even though she will be on the ice.”


popular
The comfy €42 M&S boots we're going to be living in all spring
Netflix's Babies documentary is making quite the impression online
We are absolutely loving this gorgeous €10 khaki mini dress from Penneys
No chemical peel needed: 7 easy ways to achieve the glowing skin of your dreams
Why you shouldn't put your address on your luggage when going on holiday
Study shows it takes men four months of dating before they’re happy to share food with their partner
Meghan Markle and Prince Harry issue lengthy statement sharing new details about their exit from royal life
You may also like
13 hours ago
QUIZ: How many of these Derry Girls characters can you name?
2 days ago
QUIZ: How well do you remember the very first episode of The O.C.?
6 days ago
First look at Season 6 of Line of Duty suggests a new character is commanding AC-12’s attention
1 week ago
Sky share the first trailer for Maisie Williams' Two Weeks To Live and we're already hooked
1 week ago
First Dates Ireland are looking for single people to take part in the next season of the beloved show
1 week ago
Line of Duty Season 6 is set to air in Autumn as new plot details are revealed
Next Page