Megan Barton Hanson says she was "scalped" by hairdresser

Love Island star Megan Barton Hanson has revealed that she was once "scalped" by her hairdresser.

Telling the horrifying story to her Instagram followers, she admitted that she suspects that she was a "bad, bad person in a past life" as she shared some of her beauty mishaps over the last few years.

END_OF_DOCUMENT_TOKEN_TO_BE_REPLACED

But it was definitely the hair horror that grabbed everybody's attention as she showed a snap of the section of hair she had cut off at the front of her head.

The podcast presenter said she was left with no choice but to ask her friend Joel Maguire, who is a hairdresser, to colour the gap left for months with brown eyeshadow after the incident. 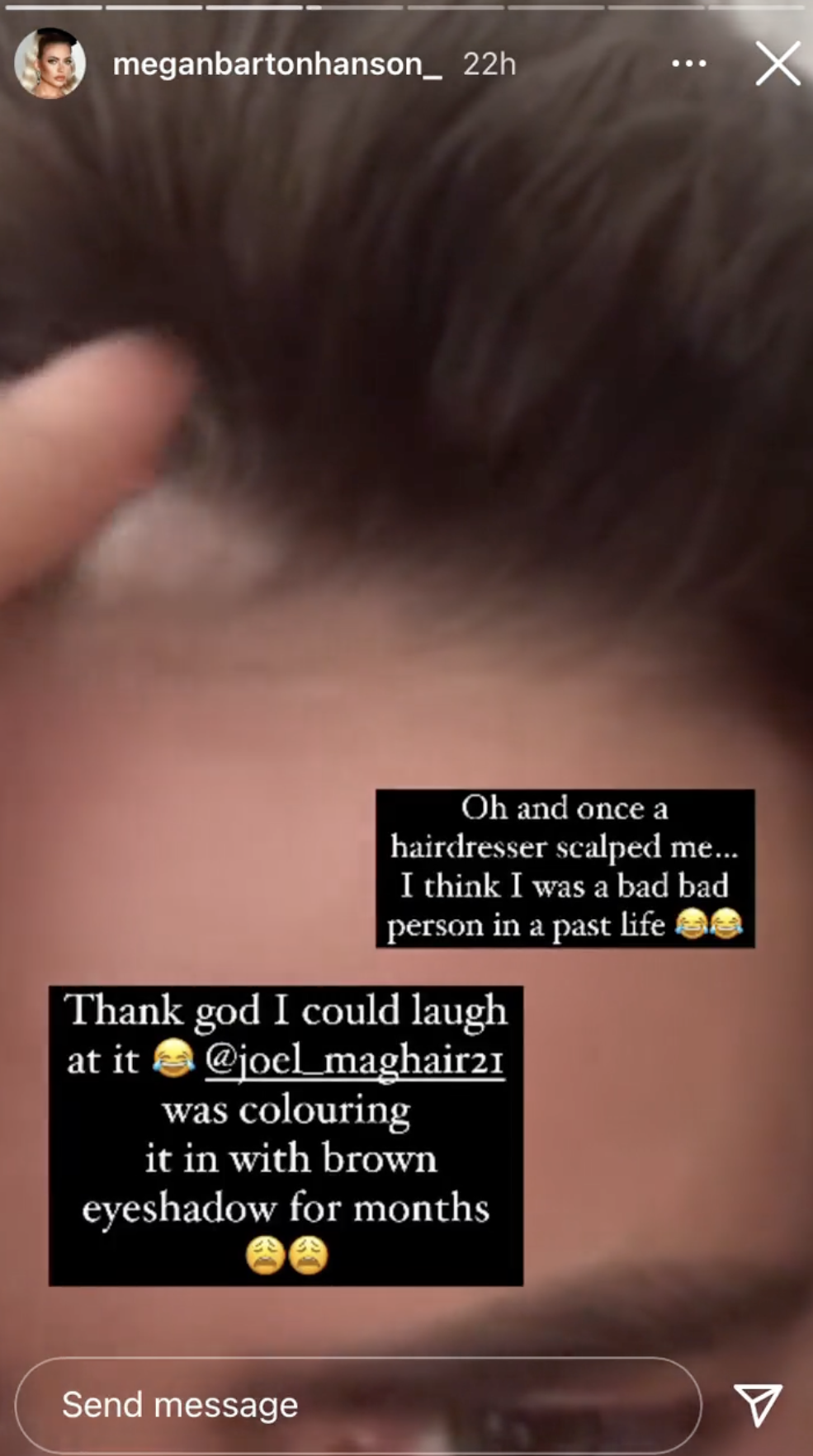 This isn't the only terrible mishap she's had, Megan also shared the dreadful brow tint she got done that left her in tears for days.

Now she is thankfully able to laugh at the incident but at the time she was utterly devastated, now comparing herself to Schitt's Creek and American Pie star Eugene Levy.

While speaking to her Instagram followers, she confirmed that she and TOWIE's James Lock had split up, sharing a screenshot of a DM she had received that read: “LOL ANOTHER BREAK UP.”

Megan wrote: “LOL this is from a woman?! Why are we as woman conditioned to just settle rather than be single. ‘Another break up’ like it’s a failure on my part. At 8am too! Get a coffee Karen and f*** off.”

“Society has made women in their late 20s feel such pressure to be in a relationship. that I see so many woman run back to toxic partners.”

“Also.. I never confirmed being in a relationship and didn’t confirm it ending.. I just slowed down with the cringey story content @jameslock_”

That clears that up then.

popular
Gardaí investigating woman's death after body found in apartment
These are the top baby names for 2022
Madeleine McCann investigators say they've found new clues that could "heavily incriminate" suspect
People are only realising Kendall Jenner and Gigi Hadid are related and the reactions are gas
Emmerdale star Toby Kirkup died hours after being discharged from hospital, inquest finds
Man charged in connection with Ashling Murphy's murder
Teen who pushed girl “head first” under Dart to face trial in adult court
You may also like
6 days ago
Love Island's Chloe Crowhurst is pregnant with her first child
1 week ago
Opinion: The takedown of Molly-Mae: Should cancel culture be this gleeful?
1 week ago
Molly Mae Hague personally apologises for controversial comments
1 week ago
Love Island now open to non-binary contestants
1 week ago
Love Island's Liberty Poole opens up about love life following split from Jake Cornish
1 week ago
Molly-Mae Hague responds to backlash over controversial comments
Next Page