Huge congratulations are in order for the couple who shared their joyous news on Instagram last night. 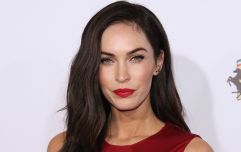 END_OF_DOCUMENT_TOKEN_TO_BE_REPLACED

Megan posted a video of the moment her fiancé popped the question.

She revealed they got engaged on January 11th.

Alongside the sweet clip, the mum wrote, "In July of 2020, we sat under this banyan tree. We asked for magic."

"We were oblivious to the pain we would face together in such a short, frenetic period of time," she said.

"Unaware of the work and sacrifices the relationship would require from us but intoxicated off of the love. And the karma."

"Somehow a year and a half later, having walked through hell together, and having laughed more than I ever imagined possible, he asked me to marry him."

Machine Gun Kelly posted a video of Megan's flawless ring on his Instagram.

The rapper and actor designed the engagement ring with Stephen Webster. 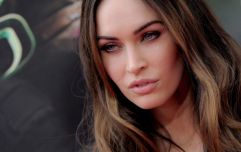 END_OF_DOCUMENT_TOKEN_TO_BE_REPLACED

It features an emerald, which is Megan's birthstone, and a diamond which is his birthstone.

The two stones are set on "magnetic bands of thorns that draw together as two halves of the same soul forming the obscure heart that is our love".

The couple have been dating since the summer of 2020.

It is believed they formed an instant connection when they were filming Midnight in the Switchgrass together.

popular
GPs will not be included in pandemic bonus payment
Cavan parents remember teenage son as "character of the family" on emotional PrimeTime interview
These are the top baby names for 2022
Madeleine McCann investigators say they've found new clues that could "heavily incriminate" suspect
Gardaí investigating woman's death after body found in apartment
Emmerdale star Toby Kirkup died hours after being discharged from hospital, inquest finds
People are only realising Kendall Jenner and Gigi Hadid are related and the reactions are gas
You may also like
5 years ago
Megan Fox shared the first picture of her baby
5 years ago
Megan Fox gives birth to her third child and the name is a bit mad
5 years ago
Megan Fox’s Baby Daddy is Revealed
5 years ago
Megan Fox's Divorce Reportedly "On Hold" Following Pregnancy Rumours
5 years ago
PIC: Megan Fox Confirms Pregnancy With Image Of Who ISN'T The Father
5 years ago
Megan Fox Reportedly Pregnant With Her Third Child
Next Page