The couple, who have two children, welcomed son Archibald Harrison Mountbatten-Windsor back in 2019 and despite his namesake, they seemingly very nearly chose a different first name for Archie altogether - his middle name.

END_OF_DOCUMENT_TOKEN_TO_BE_REPLACED

Sherry McBain, a nursing officer in the Royal Air Force who is taking part in the Invictus Games this year, said that her wife told Meghan that her own son's name was Harrison. Meghan and Harry are currently attending the Games in The Hague, Netherlands.

Meghan then seemingly confirmed that she and Harry had been unsure whether to call their own son Archie or Harrison, later settling on the former.

"[Meghan] was like 'Harrison, that's Archie's middle name', and Mandy was like 'Yeah, I know,'" she told People. "They were just having a chat because Harry and Meghan couldn't decide between Archie and Harrison for the first name." 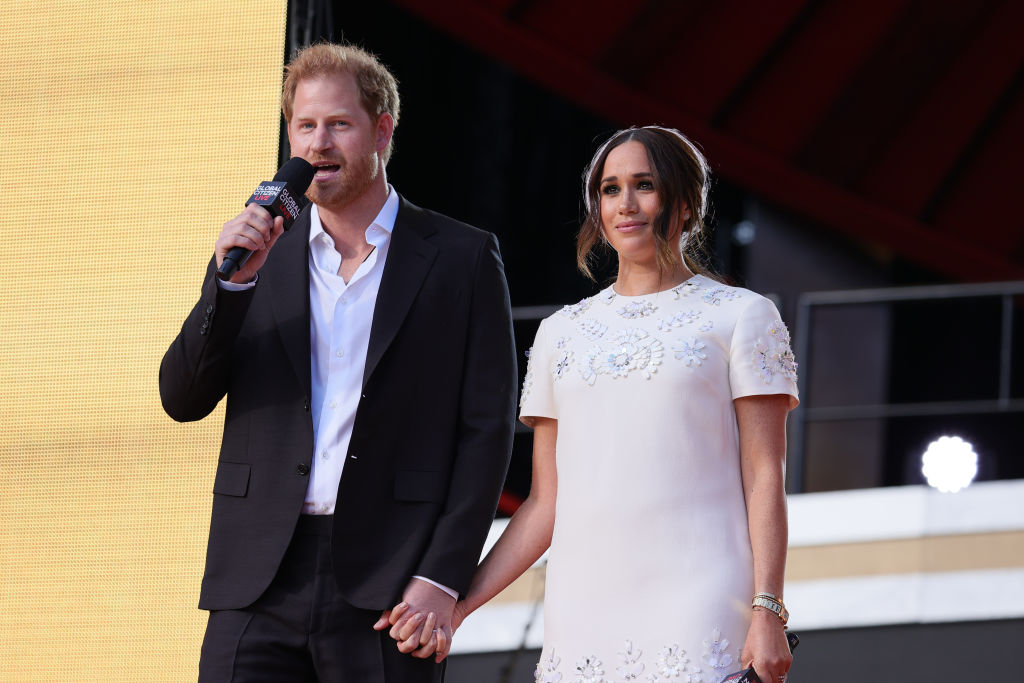 The nursing officer also said that the Duchess was "really open" and "very friendly" at the event, and that her own son was "just over the moon that a princess has read him a story, so that went down really well with all the UK children."

"Harrison was drawing pictures and telling her that it was a picture of a tram," she said. "I don't think it quite looked like a tram, so she was very gracious and said that's a brilliant tram, so he was delighted."

Meghan and Harry welcomed their first child, Archie, in 2019. Soon afterwards, the couple announced their decision to leave the royal family and relocate to the States.

They later welcomed their second child in 2021, a baby girl named Lilibet. Meghan told British Army veteran James Stride at the Games event that she is currently missing her children, who are at home in California.

popular
Here are the baby name trends set to dominate 2023
Love Island's Faye Winter says she feels like she's "failing" as an influencer
Selena Gomez calls out "vile and disgusting comments" following Hailey Bieber interview
Five children rescued from van as driver is arrested
Love Island's Adam Collard and Paige Thorne are "on a break"
The beginner's guide to upcycling: 3 essential tips for embracing DIY at home
Netflix's Dahmer series' inaccurate key detail changes everything
You may also like
4 weeks ago
Why Meghan Markle doesn't share photos of her children
1 month ago
5 things we learnt from Meghan Markle's most recent interview
1 month ago
Meghan Markle reveals Archie's nursery went on fire during royal tour
1 month ago
Prince William and Kate send birthday message to Meghan Markle
2 months ago
Harry and Meghan have apparently been given a rather mean nickname by neighbours
3 months ago
Harry and Meghan release brand new picture of Lilibet to mark 1st birthday
Next Page