The Duchess of Sussex will publish her debut children's book next month based on father-son relationships seen through the eyes of a mother. The Bench, written by Meghan Markle, draws inspiration from the bond between her husband, Prince Harry, and their soon to be two-year-old son, Archie. The Duchess released a statement explaining the inspiration behind the story, "The Bench started as a poem I wrote for my husband on Father's Day, the month after Archie was born. That poem became this story." 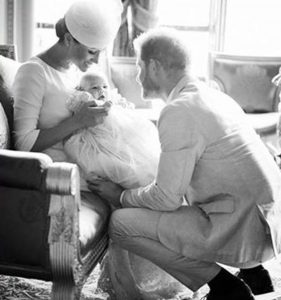 END_OF_DOCUMENT_TOKEN_TO_BE_REPLACED

Speaking about the new book the publishers, Penguin Random House, said it aimed to evoke "a deep sense of warmth, connection, and compassion" and captures the special relationship between father and son, as seen through a mother's eyes. It added: "It gives readers a window into shared and enduring moments between a diverse group of fathers and sons - moments of peace and reflection, trust and belief, discovery and learning, and lasting comfort."

Meghan will also release an audio version of the book, and illustrations by award-winning illustrator Christian Robinson will accompany it. This is one of a number of new ventures that Harry and Meghan have embarked upon since stepping away from royal duties. Alongside the book, they've also secured commercial deals with Netflix and Spotify which are said to be worth millions. Prince Harry has also recently announced that he will be joining mental health and life coaching start-up BetterUp as a "chief impact officer".

The Bench is available to pre-order now and will be officially released on June 8.

popular
Love Island fans think someone has left after Luca arrives back to empty bed
Ofcom has received nearly 800 complaints about Love Island so far
Penneys has a perfect dupe for Charlotte Tilbury's Flawless Filter foundation
Airport outfits are all the rage as we head abroad - here are the 4 best ones
Samuel gives his take on Paige and Jacques while Tasha cracks on with Billy in Love Island tonight
So it seems Ekin-Su once competed as Miss Ireland before Love Island fame
Ronan Keating worried about son Jack as he is "quiet" on Love Island
You may also like
4 weeks ago
Harry and Meghan release brand new picture of Lilibet to mark 1st birthday
2 months ago
Eamonn Holmes hit with complaints over "vile" comments about Harry and Meghan
2 months ago
Meghan Markle and Prince Harry nearly named their son Harrison
4 months ago
The dress Meghan Markle wore in her Oprah interview is going into a museum
4 months ago
Turns out, the Duchess of Cornwall had a rather harsh nickname for Meghan
4 months ago
Prince Harry reveals he "does not feel safe" coming back to the UK
Next Page