As Meghan Markle and Prince Harry prepare to spend Christmas in the United States, a royal source has revealed something very interesting.

It seems as though the Duchess of Sussex hopes to have her second baby at home, in California.

END_OF_DOCUMENT_TOKEN_TO_BE_REPLACED

"Meghan already told pals that when she comes to deliver her next baby – she would like to do it in LA where she was born and bred."

"She said that being pregnant in the UK without any of her family and friends felt incredibly lonely and uncomfortable for her."

We kind of get that, it can't have been easy. 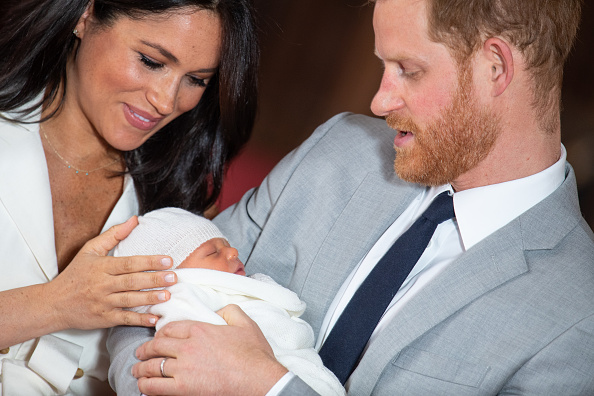 "So she's keen to change that the second time around and would like to buck tradition to ensure she's happy – although that may ruffle feathers along the way."

END_OF_DOCUMENT_TOKEN_TO_BE_REPLACED

This news comes as Prince Harry and Meghan Markle have stepped away from royal duties for a while.

The couple wish to raise their son, Archie, in as normal a way as possible.

Harry and Meghan have also been having trouble finding a nanny for their son, who is now six months old.

According to royal commentator Omid Scobie:

"One of the things that Harry said was, ‘I don’t want a woman in a uniform around my child."

"‘This isn’t Mary Poppins, we’re going to have a normal household’."

popular
Tributes pour in for designer Virgil Abloh following death at 41
8 of the hottest make-up trends to try this festive season
The internet can't deal with Ryan Tubridy's Toy Show opening
Japan to close its borders to tourists to prevent Omicron spread
The best memes from this year's Late Late Toy Show
Why we should all be doing a reverse advent calendar this Christmas
Strictly's Giovanni Pernice responds to dating rumours following split from Maura Higgins
You may also like
1 week ago
WATCH: Meghan Markle takes part in hidden camera prank on Ellen
2 weeks ago
Meghan Markle says Royals were "constantly berating" Harry over her relationship with her father
2 weeks ago
Prince Harry says 'Megxit' is a misogynistic term created by a troll
2 months ago
Piers Morgan wins Ofcom complaint over Meghan Markle comments
3 months ago
Meghan Markle's brother hits out at her as he enters Big Brother house
3 months ago
Steal her style: How to recreate Meghan Markle's sleek home office on a budget
Next Page