In news that we certainly weren't expecting, Mel B has been linked to Jess Glynne.

The singers are said to have grown close when Jess supported the Spice Girls on their recent tour.

The women discovered that they are "on a very similar wavelength," an insider said, and partied together while on the road. 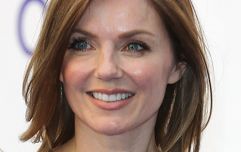 END_OF_DOCUMENT_TOKEN_TO_BE_REPLACED

Their friendship sparked rumours that they were an item but Mel has insisted that the pair are just pals.

"Jess was a huge Spice Girls fan and pretty infatuated with Mel so it was a bucket-list moment when she was asked to support the group," the source told The Sun.

“After they performed the gig in Manchester last month, Jess ended up partying with Mel in her dressing room until 7am.

“They became so close while on tour that there were whispers behind the scenes that they were having a secret romance. But Mel is adamant they’re just pals.”

Jess and Mel have a lot in common despite their age gap, the insider continued.

END_OF_DOCUMENT_TOKEN_TO_BE_REPLACED

"Although there are 15 years between them, Mel and Jess discovered they were on a very similar wavelength.

“Both of them are straight-talking, and of course Mel enjoyed having her ego stroked by Jess, who made no secret of looking up to the girl power pioneers when she was a schoolgirl.”

popular
A celebrity hairstylist just shared a genius hack for the perfect messy bun
16 and Pregnant star Jordan Cashmyer dies aged 26
Here are all the Instagram accounts of the stars of Netflix's Cheer
Coming to terms with the fact that you're a Charlotte
Dancing on Ice professional Sean Rice dies at 49
Someone has ranked the penis size of men from all over the world
Gardaí seize two cars linked to Ashling Murphy death as they question new suspect
You may also like
3 weeks ago
Mel C teases another Spice Girls reunion and tour in 2023
6 months ago
Emma Bunton marries partner Jade Jones in secret wedding
6 months ago
You can now stay in the original Spice Girls bus on AirBnB
8 months ago
Spice Girls reportedly in talks for Spice World sequel
11 months ago
Gary Barlow planning a supergroup of Spice Girls, Chris Martin, Little Mix and more
1 year ago
Mel C confirms a Spice Girls 25th reunion is in the works and it's exactly what we need
Next Page