Singer Michael Bublé has defended himself this week after a picture he posted to Instagram received a lot of backlash online.

The singer posted the picture which was taken by his wife and captioned it: "There was something about this photo lu took that seemed worthy of Instagram #myhumps #babygotback #hungryshorts #onlyinmiami #picoftheday #beautifulbum". 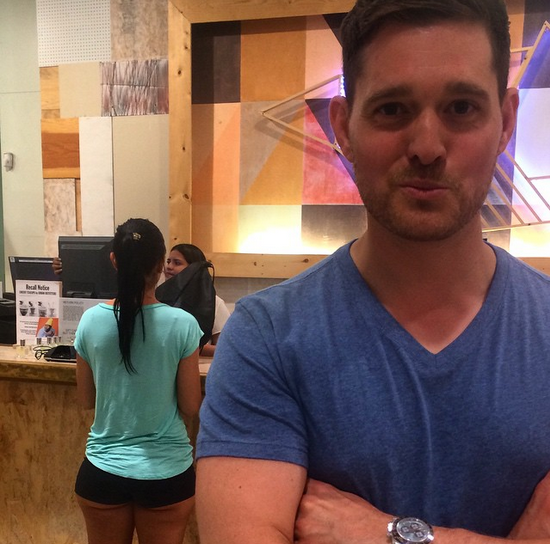 This picture caused a lot of controversy.

END_OF_DOCUMENT_TOKEN_TO_BE_REPLACED

However, in a statement, Bublé has now defended the picture stating:

“Anybody who knows me would never misinterpret the message of the photo my wife took in Miami that seems to have caused unexpected rage by some people,” he wrote.

“I do not court controversy. But I realize that a photo that was meant to be complimentary and lighthearted has turned into a questionable issue.

“For the record, it hurts me deeply that anyone would think that I would disrespect women or be insulting to any human being,” he continued.

“I was not brought up that way and it is not in my character. I regret that there are people out there who found the photo offensive.

“That was not and is not my intention. Women are to be celebrated, loved, respected, honored and revered.

“I’ve spent my life believing that and will continue to do so,” he concluded.

Girls With Goals || Her · Ep.151: 'A Story Shared' - Aoife P. Rafter on blogging during a pandemic and living with CF
popular
Around the world: The most popular baby names in major cities across the globe
Netflix announces new true crime documentary series: The Vanishing At The Cecil Hotel
"The female gaze is brilliant:" Why Phoebe Dynevor is proud of Bridgerton's sex scenes
Someone has ranked the penis size of men from all over the world
Not petite or plus size? 4 'mid-size' style influencers you should follow on TikTok
Matt LeBlanc And Matthew Perry Reveal Reason Why They Didn’t Attend Jennifer Aniston’s Wedding
Here's what happens on every day of your menstrual cycle (roughly)
You may also like
2 weeks ago
Westlife songs ranked from worst to best: a definitive list
1 month ago
I'm Not OK: My Chemical Romance have just released a makeup collection
1 month ago
Irish violinist Patricia Treacy to perform at Joe Biden's inauguration next year
1 month ago
LISTEN: Barack Obama compiles playlist to mark time as president
2 months ago
Fans could be required to prove Covid-19 vaccination or test for concerts
2 months ago
Kanye West presents Kim Kardashian West with hologram of her late father as birthday gift
Next Page