Rumour has it Michael Fassbender is dating his 12 Years A Slave co-star Lupita Nyong’o.

Apparently the two had a brief romance a while back but the actor now wants to prove that he’s serious about the Oscar winner.

A source told The Sun newspaper: “They have an incredible connection after the whirlwind of filming 12 Years A Slave and then promoting it together.

END_OF_DOCUMENT_TOKEN_TO_BE_REPLACED

“In September during the Toronto Film Festival they had a brief romance. Now Michael is intent on showing how he wants to get serious again and made a point of brining his mum Adele to the Oscars rather than a date.”

Speaking previously about their on-set relationship, Lupita revealed: “Michael and I had a ritual that we never even really spoke about – we would make nice right before a scene, and then we’d make nice after a scene.

“Just looking into each other’s eyes, an embrace, a squeeze of the hands – that would button the scene. And at the end of the day when the director Steve McQueen said cut, we would go out and enjoy the freedom that these people we were playing has granted us.”

But while we reckon these two would make a very nice couple, we're not getting ahead of ourselves just yet (mainly because we don't want to accept that we can't have him but also because she was also recently linked to Dallas Buyers Club star Jared Leto and we doubt she's dating both). 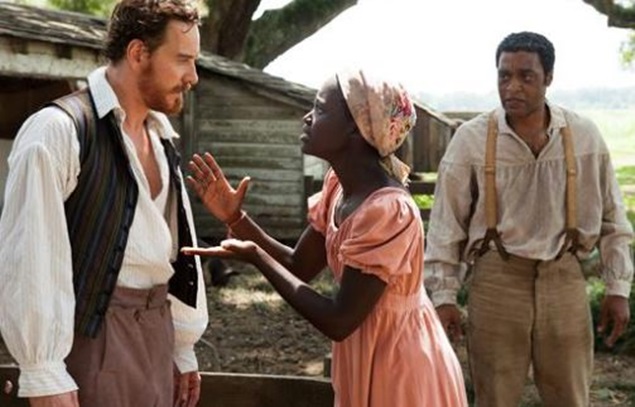 Michael and Lupita starred in 12 Years A Slave together.

Girls With Goals || Her · Ep.161: Feeling Peachy - Sharon Keegan of Peachylean on being an absolute BOSS!
popular
Enchanted sequel: New pictures from the Enniskerry set as filming gets underway
10 problems every student faces in first year
QUIZ: Match the Friends quote with the character who said it
The DIY frozen coffee recipe that's so delicious you'll never pay for an iced latte again
Pharmacies to give Covid vaccines from this week
Author Lucinda Riley's family announces she has died aged 56 after 'secret' cancer battle
It's official, these are the sunniest counties in Ireland
You may also like
2 years ago
Turns out, this colour of wine gives you the WORST hangover
5 years ago
Pretty Little Liars actor Brandon Jones could be facing over five years in prison
5 years ago
Gwen Stefani Receives Massive Backlash After "Insulting" April Fools' Prank
5 years ago
Katie Price Names And Shames The Twitter Trolls Bullying Her Son Harvey
5 years ago
Kim Kardashian Blasts "Body-Shaming and Slut-Shaming" In Brilliantly Honest Post
5 years ago
WATCH: Emma Watson Launched HeForShe Arts Week On International Women’s Day
Next Page