Yesterday was 'Back to the Future' day.

Everyone the world over went Back to the Future mad yesterday as the day that Marty and Doc travelled to the future (October 21st, 2015) officially dawned. 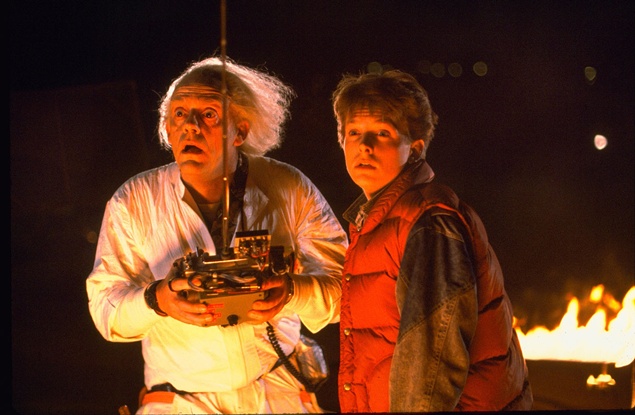 While there were a number of pranks being played to mark the occasion, President Obama got in on the celebrations tweeting actor Michael J. Fox a special message to mark the day.

Happy Back to the Future Day, @RealMikeFox! Ever think about the fact that we live in the future we dreamed of then? That's heavy, man.

While we think that was pretty special, what impressed us even more was the actor’s response.

Mr. President, I never dreamed I'd be talking about the future with someone who's making History. https://t.co/i5swY8ksEB

What a pair of legends the two of them.

Girls With Goals || Her · Ep.161: Feeling Peachy - Sharon Keegan of Peachylean on being an absolute BOSS!
popular
Cristiano Ronaldo has been called 'racist' for his latest Instagram post
Here's what happens on every day of your menstrual cycle (roughly)
How to INSTANTLY unblock your stuffy nose (we swear this works)
Someone has ranked the penis size of men from all over the world
Bride dislocates her leg during her first dance in viral clip
Gwen Stefani reportedly pregnant with baby number four
The promise William made to Kate the day they got married will make you CRY
You may also like
2 years ago
Turns out, this colour of wine gives you the WORST hangover
5 years ago
Pretty Little Liars actor Brandon Jones could be facing over five years in prison
5 years ago
Gwen Stefani Receives Massive Backlash After "Insulting" April Fools' Prank
5 years ago
Katie Price Names And Shames The Twitter Trolls Bullying Her Son Harvey
5 years ago
Kim Kardashian Blasts "Body-Shaming and Slut-Shaming" In Brilliantly Honest Post
5 years ago
WATCH: Emma Watson Launched HeForShe Arts Week On International Women’s Day
Next Page