Michelle Obama has been nominated for a Grammy Award, and she bloody deserves it

The Grammy nominations are here folks, and one is standing miles above the rest.

Michelle Obama has been nominated for best spoken word album for the audio version of her memoir, Becoming.

Aziz Ansari also received a nomination for best comedy album for Right Now, in which he addressed sexual misconduct allegations directed at him in 2018.

Also among the nominations, was our queen, Lizzo, who received eight nominations, for her album Cuz I Love You as well as her iconic single “Truth Hurts.”

Billie Eilish (we're obsessed) also received six nominations thanks to her debut album, When We All Fall Asleep, Where Do We Go?, and her single “Bad Guy.” 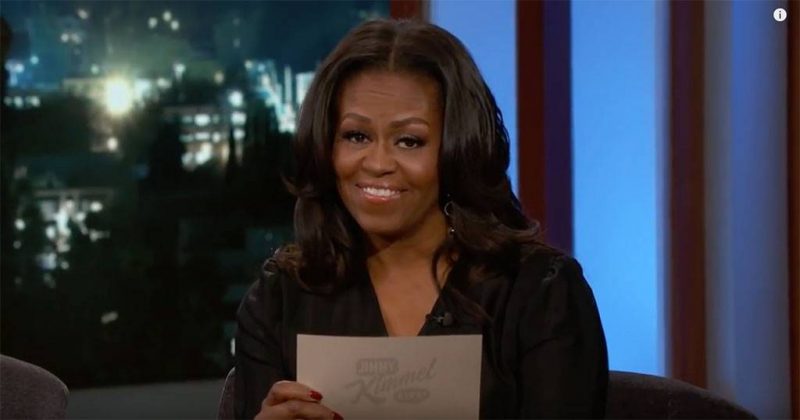 This isn't a huge surprise for Michelle Obama, when you consider the year she's had.

Having already been crowned the 'World's Most Admired Women' in July, we can't say we're surprised that she has herself a Grammy nomination.

Now, all we need is for her to announce she's running for president.

popular
The €9 buy fans swear is an EXACT dupe of Estée Launder's popular Double Wear foundation
Between seasons: These fab sale buys will see you through to autumn
It turns out we're all peeling oranges wrong and this madness has to stop
How to cope in this humidity: From sleeping better to dealing with frizzy hair!
Billy Connolly Has Harsh Words With Russell Brand, After Brand Asks a Woman to Flash Him...
This no bake 'Chocolate Refrigerator Cake' recipe has us drooling
Here's how long sperm actually lasts for after sex
You may also like
4 weeks ago
Michelle Obama announces new podcast with Spotify
3 months ago
Becoming: A Michelle Obama documentary is coming to Netflix next month
8 months ago
Michelle Obama just shared some relationship advice we all need to listen to
8 months ago
Michelle Obama has shared a family photo for Thanksgiving, and we hardly recognise Malia and Sasha
10 months ago
Michelle Obama is releasing her second book next month
1 year ago
Michelle and Barack Obama are making a brand new Netflix show
Next Page