"There are no secrets to uncover here."

Miley Cyrus has released a statement saying that she did not cheat on ex husband Liam Hemsworth.

The singer said that she has been OK with being labeled a certain way over the course of her career, but that she is not a liar.

She and Hemsworth announced their split last weekend. The Australian actor filed for divorce this week citing "irreconcilable differences."

Miley took to Twitter and Instagram last night to say that although she had "f*cked up" in the past, "what I cannot accept is being told I'm lying to cover up a crime I haven't committed."

"I have nothing to hide," she said.

"But the truth is, once Liam and I reconciled, I meant it, and I was committed. There are NO secrets to uncover here. I’ve learned from every experience in my life.

END_OF_DOCUMENT_TOKEN_TO_BE_REPLACED

The singer went on to say that she and Liam had been together for 10 years, and that she will always love him.

However, she added that she made the "healthy decision" to end their marriage to focus on herself.

"You can say I am a twerking, pot smoking, foul mouthed hillbilly, but I am not a liar," she said.

Miley announced her split from Liam last weekend, saying that the pair had decided to focus on themselves and their careers. 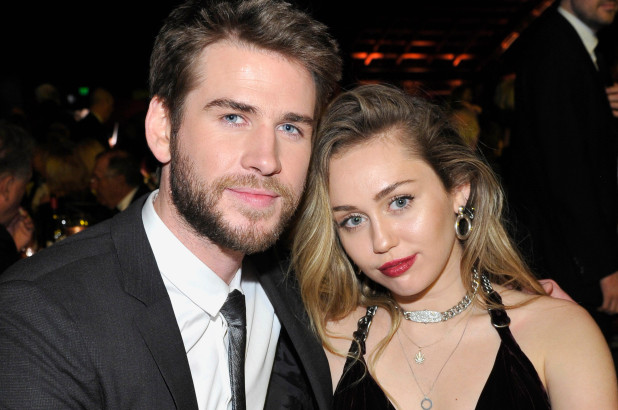 The statement came after Cyrus was seen kissing Kaitlynn Carter while on holiday in Lake Como.

Miley and Liam had an on-again-off-again relationship since 2009 when they met on the set of The Last Song.

popular
Will Smith admits to 'failing miserably' in 21-year marriage to Jada Pinkett Smith
Katie Price's son Harvey taken to intensive care at risk of organ failure
QUIZ: Can you guess the TV series from the intro lyrics?
Someone has ranked the penis size of men from all over the world
Glee Star Naya Rivera Faces Backlash After Making ‘Race’ Joke
Body found in search for missing Glee star, Naya Rivera
These €40 Lost Stock fashion boxes are helping support factory workers in Bangladesh
You may also like
6 months ago
Cody Simpson has denied cheating on Miley Cyrus
6 months ago
Miley Cyrus shares inspiring message to people feeling low at Christmas time
6 months ago
'Always down to try' Miley Cyrus is cracking jokes about her divorce from Liam Hemsworth
7 months ago
Miley Cyrus has a dramatic new hairstyle and it's all thanks to her mum Tish
7 months ago
Elsa Pataky says brother-in-law Liam Hemsworth 'deserves much more' after split from Miley
7 months ago
Miley Cyrus takes break from Cody Simpson to 'focus on herself'
Next Page