We're not in Hawkins anymore.

Stranger Things is coming back for a fourth season and we couldn't be more happy.

The sci-fi action drama which started in 2016 has proved to be one of the top-charting series on Netflix across the world and so, it's no surprise that they want to continue the story and give us more to binge.

END_OF_DOCUMENT_TOKEN_TO_BE_REPLACED

As season three left us on a serious cliffhanger, we were thrilled when the Stranger Things writers tweeted last month that in 2020 we won't be in "Hawkins anymore".

But now, Millie Bobby Brown has expanded on this by explaining that yes, season four is in the works and yes, filming will start very soon.

Speaking to her Instagram via Q and A, Millie said:

"Soon! Early this year for sure and v excited ab it!" 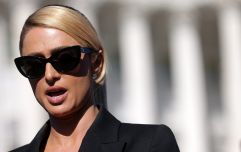 END_OF_DOCUMENT_TOKEN_TO_BE_REPLACED

It's also being whispered around that filming will take place in Lithuania for this season with Murphys Multiverse also reporting that the production will begin in February.

Could all this be correct? We're hoping so. Netflix hasn't given us any official start date for the next season yet but, if what's said is all to be believed... we could have season four within the year - AGH.

popular
Paris Hilton says she was "slapped" and "strangled" as a teen in youth care
Someone has ranked the penis size of men from all over the world
Here's what happens on every day of your menstrual cycle (roughly)
23 shows with four or more seasons to watch on Netflix
Former detective chief says Brian Laundrie discovery is "strange"
This hot water bottle pouch is perfect for menstrual cramps
Why Are Men so Obsessed With Boobs? The Answer is Pretty Surprising...
You may also like
1 day ago
Imelda May highlights the problem with the "don't get spiked" message
2 days ago
Glenda Gilson announces departure from Virgin Media
1 week ago
Vogue Williams says man attempted to "abduct" her in London
1 week ago
Little Mix fans speculate new song Cut You Off is about Jesy Nelson
1 week ago
Demi Lovato says we should stop calling extraterrestrials "aliens" as it is a "derogatory" term
1 week ago
Fans aren't happy with Kylie Jenner's "disturbing" Halloween make-up promos
Next Page