Congratulations to the happy couple.

A huge congratulations are in order for Modern Family star Eric Stonestreet who has just gotten engaged to his longtime girlfriend.

Best known for his role as Cam on the hit sitcom, Eric met his now fiancee Lindsay Schweitzer back in 2016. 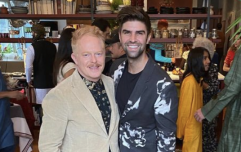 END_OF_DOCUMENT_TOKEN_TO_BE_REPLACED

Lindsay is a pediatric nurse and the couple met at a charity event, and the rest is history.

Taking to Instagram to share their happy news, Eric wrote alongside pictures of the couple showing off her ring: "She said, “She’d have her people call my people.”" 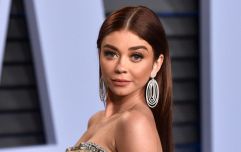 END_OF_DOCUMENT_TOKEN_TO_BE_REPLACED

The Emmy winner started dating the nurse after meeting at the Big Slick charity weekend in Kanas City, and only mere months after going public with the relationship, Eric told Ellen Degeneres: "I’m a big baby, too. She calms me — she calms my nerves. I’m a very high-strung person. You can tell, right?"

As soon as they posted their big news, famous friends jumped to the comments to congratulate them.

And along with a lot of heart emojis, Michael Buble said: "Congrats you beautiful couple you."

popular
Police believe they know what happened to missing dog walker Nicola Bulley
Siobhan O'Hagan reveals she's expecting her first child
Bobi the farm dog is the oldest living pooch ever aged 30
Louise Thompson required surgery after haemorrhaging at home
Love Island's Anna-May admits she thinks one of the girls is playing a game
Kylie Jenner had an Astroworld themed party for her kids and fans aren't happy
Bachelor Nation star Sarah Herron's baby passes away shortly after birth
You may also like
3 years ago
Modern Family star Norma Michaels has passed away at the age of 95
3 years ago
Modern Family has confirmed it's being cancelled after its 11th season
4 years ago
Modern Family has revealed a huge pregnancy twist for one of the characters
4 years ago
This is the 'significant' Modern Family character that was killed off
4 years ago
This Modern Family star has already won Halloween with their Megan Markle costume
4 years ago
Looks like there's some really, really good news for fans of Modern Family
Next Page