Life has been a little crazy for Molly Mae Hague over the last day.

The influencer has been revealed as PrettyLittleThing's new creative director for the UK and EU, but while she's on a high about that, it's not the only thing on her mind.

The former Love Island star has revealed that she needs to be referred for a biopsy after she discovered a lump in her breast.

END_OF_DOCUMENT_TOKEN_TO_BE_REPLACED

Knowing already there was something there, she noticed that the benign lump had grown and went to get it checked out.

Reassuring her fans that it is "not serious", Molly Mae wanted to tell them all how important it was to get things like this checked regularly. 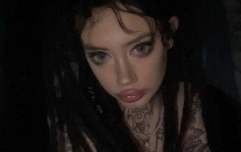 END_OF_DOCUMENT_TOKEN_TO_BE_REPLACED

Posting a vlog to her YouTube channel, the 22 year old said: "I basically noticed a little lump in my boob, went to get it checked and it was completely fine, completely benign.

"It's a little thing called a fibroadenoma and it's a normal thing to get at this age, small lumps can happen all the time it doesn't mean they're sinister.

Promising to keep her fans updated on the results, she encouraged them to get checked regularly. 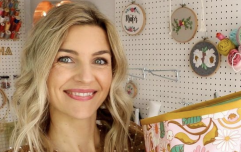 END_OF_DOCUMENT_TOKEN_TO_BE_REPLACED

She continued: "It was not very nice actually considering I'm afraid of needles, but I thought there's not really a way around this.

"I promise it's nothing serious, I don't want it to be a massive thing. I think it's important that I share this with you guys.

"It's an important subject and we should all be checking our boobs and checking for lumps so we can do things like this."

Molly Mae has been vocal about her health in the past, after having a cancer scare in November when having a mole removed on her leg which turned out to be malignant melanoma.

She also was recently diagnosed with endometriosis and is to undergo surgery for the condition.

popular
Baby twins die in hot car after dad forgets to drop them to creche
Ekin-Su Cülcüloğlu signs the biggest fashion deal in Love Island history
Tasha Ghouri lands major brand deal post Love Island
Jacques O'Neill issues apology after facing backlash for online behaviour
Love Island's Danica said she felt "disrespected" in the villa
Love Island producers respond to claims Jacques was kicked off the show for "bullying"
Max George and EastEnders actress Maisie Smith reportedly in a relationship
You may also like
7 months ago
Molly-Mae Hague criticised for "tone deaf" comments about success
9 months ago
Molly Mae Hague speaks out about her home being "emptied" after robbery
9 months ago
Timothée Chalamet admits to having a secret YouTube channel
1 year ago
Opinion: Why do we let YouTubers get away with everything?
1 year ago
YouTube demonetised James Charles' account after he admits to messaging minors
1 year ago
Mafia fugitive caught after police found his cooking videos on YouTube
Next Page