Tommy Fury and Molly Mae Hague have sparked some serious engagement rumours, dropping a massive hint that Tommy has popped the question.

Sharing snaps of the couple after his very romantic Valentine's Day with girlfriend Molly-Mae, Tommy had fans guessing they had gotten engaged on the day of love. 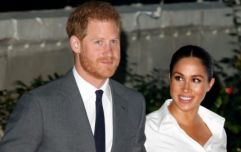 END_OF_DOCUMENT_TOKEN_TO_BE_REPLACED

The 22 year old serenaded Molly Mae on a bed with dozens of red heart-shaped balloons floating above her, with the caption: "You and me forever 14/02/21" with a red love heart emoji.

Of course, fans instantly jumped to conclusions and took this post as a hint that they are engaged, with one saying: "Did you guys get engaged."

Another said: "You're such a good boyfriend... I feel a proposal coming up..." 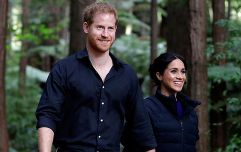 END_OF_DOCUMENT_TOKEN_TO_BE_REPLACED

One other follower said: "Omg stop every single year you smash it Tommy".

Tommy filled the hotel room with heart shaped helium balloons that had silver tassels hanging down, as well as giving Molly Mae a huge bouquet of white roses and rose gold sprayed leaves. 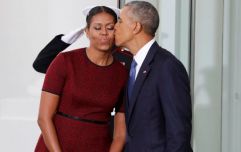 Barack and Michelle's Valentine's messages to each other are TOO cute

END_OF_DOCUMENT_TOKEN_TO_BE_REPLACED

Posing for a bathroom selfie, Tommy held an apple in his mouth and wrapped his arms around Molly Mae's waist.

While there was no ring on her finger, there was one on Tommy's hand and fans assumed it meant they were already married.

"Are you married, Tommy has a wedding ring on," one asked.

The pair have recently admitted that they're ready for a family and marriage, with Molly also giving her boyfriend a very personal and telling present for Valentine's Day.

Giving him a scrapbook, it had a picture from the pair on Love Island on the front, and a special message written inside.

"One day, we will have our own family, it will be the best day of my life," she had penned. "Bring on mum and dad life."

popular
Baby dies next to mother who drank 'two or three' bottles of wine then fell asleep
Woman dies four days after proposal after using wrong spoon to stir tea
"I feel like I lost myself": Nathalie Lennon on her mental health struggles and her latest project with Pieta
S Club 7's Hannah Spearritt and children left homeless after being forced from home before Christmas
Naked Attraction host left speechless after seeing contestant with 'world's biggest penis'
Anne Hathaway shares disappointing news about The Princess Diaries 3
Irish pizzeria given perfect score by top food reviewer
You may also like
11 months ago
Single positivity: the empowering movement that's taking over
11 months ago
7 Valentine's pressies we are gifting ourselves this year – because self love
11 months ago
Valentine's Day at home? We have rounded up the most delicious deals and treats
11 months ago
If you're feeling anxious about Valentine's Day this year, these tips could really help
11 months ago
This gorgeous country estate was just voted Ireland's best hotel for 2022
11 months ago
10 cute red or pink dresses to slip into this Valentine's Day
Next Page