Molly-Mae Hague now has round-the-clock security support after being targeted by trolls online.

The Love Island star has reportedly had a tough time this week.

She and boxer Tommy Fury came in second in the reality show's finale on Monday but she's divided opinion among fans ever since arriving in the villa.

END_OF_DOCUMENT_TOKEN_TO_BE_REPLACED

But the scale of the abuse online, including death threats, has clearly had an effect on the 20-year-old.

The show has stepped in to make sure she always has a minder with her. 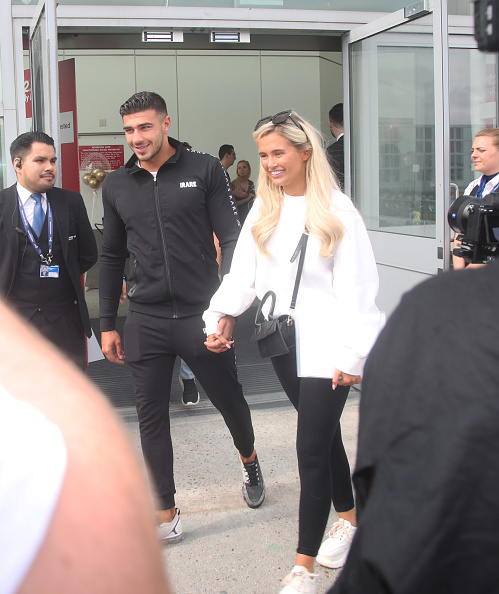 "Molly has security 24/7 to make her feel safe," a source told The Sun.

"Wherever she goes, she'll have bodyguard. She's had a rough ride on social media since joining the show and bosses wanted to look after her and make sure she's OK."

It comes after Molly-Mae and Tommy were forced to deny that they had split.

The couple hadn't been seen together since leaving the villa but a rep for them has insisted that they're still an item and are still getting to grips with their new lives.

"Tommy and Molly are very much together and so excited for what’s to come," the spokesperson said.

"They absolutely have not split. They currently have a very hectic schedule and are just adjusting to a routine."

popular
At least seven bodies have been found in search for Brian Laundrie
Gogglebox's Paige Deville never wants to speak to mum again after quitting show
Wait... Are Maura Higgins and Giovanni Pernice back together?
Groom kicks out wedding guests after they all wear white
Rosanna Davison speaks out against legislation not recognising her as Sophia's mother
Notebook and backpack belonging to missing Brian Laundrie found alongside human remains
Tilly Ramsay speaks out about body shaming after DJ calls her a "chubby little thing"
You may also like
4 hours ago
5 thoughts I had while watching the new Gossip Girl
3 days ago
Squid Game creator on possible storylines for second season
6 days ago
The Chase fans furious after blind contestant asked visual based question
6 days ago
Another Strictly star has pulled out of the live show
1 week ago
Everybody's watching Netflix's Maid - and for good reason too
1 week ago
Squid Game fans spot massive clue in Tug of War game
Next Page