It looks so painful.

Mrs Hinch – whose full name is Sophie Hinchcliffe – took to Instagram this weekend to share an insight into her health battles with her many followes.

The 32-year-old, who became a social media sensation for her cleaning and organising tips – revealed she suffers from a blood clotting disorder, after sharing a snap of extensive bruising on her legs.

Hinchcliffe shared a video of shocking looking purple bruises on her thighs and explained that they are the reason the star rarely wears dresses in the summer. 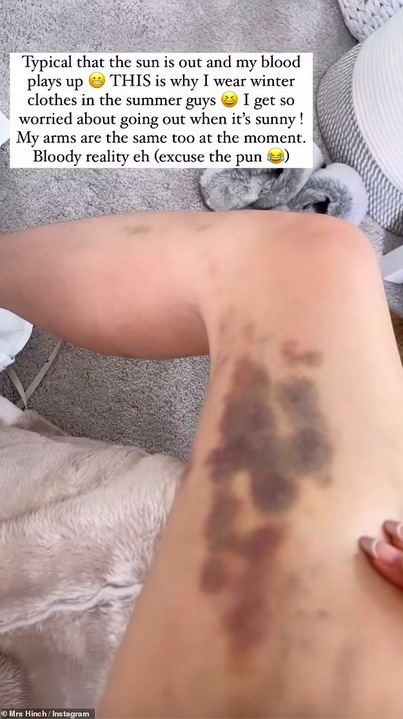 END_OF_DOCUMENT_TOKEN_TO_BE_REPLACED

"Typical that the sun is out and my blood plays up. This is why I wear winter clothes in the summer guys. I get so worried about going out when it's sunny."

END_OF_DOCUMENT_TOKEN_TO_BE_REPLACED

"My arms are the same too at the moment. Bloody reality eh (excuse the pun)."

Fans were quick to comment with worried questions about her health, and how she had ended up with so many bruises.

The cleaning guru then revealed the reason for her bruised skin. 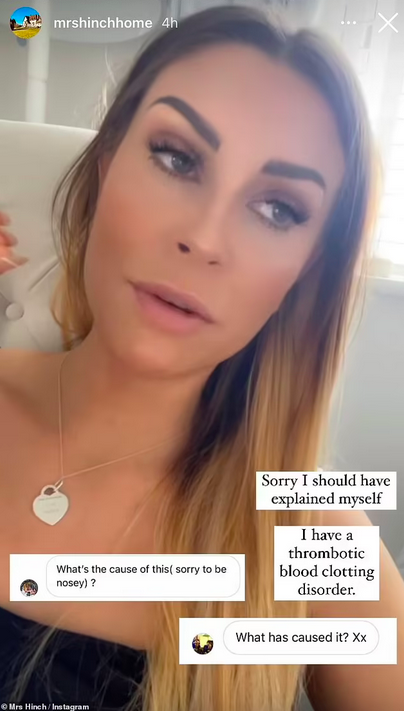 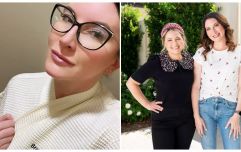 END_OF_DOCUMENT_TOKEN_TO_BE_REPLACED

'My inbox has gone a bit mad!" she wrote.

"Nothing bad has happened. Basically, I have a blood disorder - so my blood clots really easily. I'm always on blood thinners and I have had a blood clot in the past."

The cleaning influencer explained that she bruises so easily, that her husband Jamie only has to tap her on the shoulder for them to show up.

"I'm covered in them all the time basically."

Hinchcliffe reveals that she has an inherited condition called Protein S deficiency and Factor V Leiden, which makes her more likely to develop blood clots.

According to the Daily Mail, Protein S is a natural blood thinner, which stops clots from forming when they are not needed.

Therefore, if someone has a deficiency they have an increased risk of developing abnormal blood clots, and deep vein thrombosis.

The mum-of-two – she shares children Ronnie and Lennie with husband Jamie Hinchcliffe – has opened up on the condition previously, and wrote in her book Hinch Yourself Happy about how she was forced to miss her honeymoon back in 2018, after developing a blood clot in her leg.

"I was so scared I was going to lose my leg,"  Hinchcliffe wrote in her book.

"I am now on blood thinners for life but I was so lucky with the brilliant treatment I received and I feel incredibly blessed."

popular
Hang on, Tasha and Coco know each other already?
Reports of image based sexual abuse involving 200 women investigated by Gardaí
Love Island fans think someone has left after Luca arrives back to empty bed
Love Island: Mollie's family issue apology following allergy comments
WATCH: Gemma is left fuming in tonight's Love Island as Luca kisses another girl
Penneys has a perfect dupe for Charlotte Tilbury's Flawless Filter foundation
Love Island fans are fuming after yet another cliffhanger
You may also like
19 hours ago
No, news presenters aren't trying to seduce us with their stances
19 hours ago
Missguided renamed after being bought out
21 hours ago
Sunny weather set to return tomorrow with highs of 23 degrees
23 hours ago
TikTok sued after girls die during 'blackout challenge'
2 days ago
WATCH: The moment dad attacks 3-year-old son's suspected murderer in court
3 days ago
Breaking: Several dead as gunman opens fire at Copenhagen shopping centre
Next Page