"Kanye West has gone too far" is the phrase of the year.

Kanye West is no stranger to causing controversy for himself and since he's been in the limelight, a story has followed.

From his beef with Taylor Swift to his recent blasting of Kim Kardashian online, there is one thing everyone resorts back to when it comes to this man - his mental health. 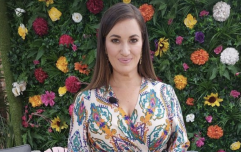 END_OF_DOCUMENT_TOKEN_TO_BE_REPLACED

This year alone, Kanye has been spoken about more than any other celebrity. Firstly blasting the Kardashians for supposedly keeping him away from his children, then threatening Pete Davidson for simply dating Kim to then wearing a "White Lives Matter" shirt to his Paris Fashion Week show and tearing into countless people who called him out on it.

No matter what Kanye does next, there are three things said: he's a creative genius, he's gone too far or easily the worst defence there is, he suffers from mental health issues.

Kanye has a terrible habit of putting himself at the forefront of very personal matters he has little to no involvement in and using his public platform to blast whoever he deems at fault on social media.

Engulfing himself in constant drama - especially when it comes to his ex-wife - has given him more passes than the next guy, with fans and onlookers constantly defending his behaviour on his mental health struggles and personal issues. 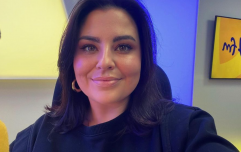 Pamela Joyce praised for speaking out about battle with depression

END_OF_DOCUMENT_TOKEN_TO_BE_REPLACED

His most recent actions are not only the tipping point but utterly unacceptable and show his true colours. But this is not a new or recent thing, he has been doing this for years.

Releasing a music video that depicts him kidnapping and assaulting Pete Davidson, sharing private messages with Kim online, publically falling out with John Legend because he refused to vote for him in the 2020 election, saying slavery was a choice, openly being anti-Semitic, wearing a White Lives Matter t-shirt and publically harassing anyone who called him out on it - the list of his awful choices is endless.

While people can try to pin a reason for these, one thing is for sure - it's not due to his mental health.

Jealously, delusion, genuine nastiness, maybe but mental health? That's an insult to every single person dealing with these struggles. 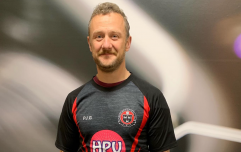 END_OF_DOCUMENT_TOKEN_TO_BE_REPLACED

Mental health gets enough stigma as it is, using this as an excuse for Kanye's behaviour is only further implementing those stigmas. Saying he does this and that due to his own mental problems is giving every other person a terrible name.

As of 2017, there were 792 million across the world diagnosed with some type of mental illness, that's 10.7% of the world. While not every single one of those people is going to be a good or kind person, the majority don't behave the way Kanye does.

Of course, there are people with this disorder that act in extreme ways, like Chris Brown, but there is a common denominator - their actions have nothing to do with their mental health.

What Kanye is doing is bullying. Pete has reportedly sought treatment for the effects of Kanye's actions. Kanye needs to be held accountable for his own actions, surrounding himself with yes men who constantly tell him he is right won't help anyone.

This is all him - not his mental health. Because blaming that is harmful, hurtful and downright offensive.

popular
BBC apologises after calling Paul Mescal 'British' in Oscar coverage
Toddler tragically dies in Wicklow following choking accident
Britney Spears asks fans to respect her privacy after police call to house
Gwen Stefani reportedly pregnant with baby number four
Adam Collard opens up on dating life since Paige Thorne split
Stacey Solomon reveals she's having a baby girl
Gaz Beadle reveals his wife Emma McVey is undergoing heart surgery
You may also like
1 day ago
"I feel like I lost myself": Nathalie Lennon on her mental health struggles and her latest project with Pieta
1 month ago
How to support a loved one with an eating disorder this Christmas
3 months ago
Mental Health Counsellor discusses the struggles young people are facing
3 months ago
It's World Mental Health Day but the stigma still exists
3 months ago
Primary school kids to be offered in-school counselling
4 months ago
Why it's so important to check in on your pals as winter approaches
Next Page