'I have absolutely nothing against you': Zara Larsson has apologised to James Charles

Zara Larsson has apologised to James Charles after calling him out for messaging her boyfriend.

The singer this week waded into the James Charles drama online by tweeting that he had  sent her other half Brian Whittaker flirty DMs.

In a new statement, Zara said she didn't expect what she said to "blow up" the way it did.

"I feel extra bad considering the fact that I later on corrected myself and took down my tweet after my boyfriend talked to me and showed me the DM," she wrote on her Instagram story.

"It really wasn’t that bad. But obviously, since everybody loves some drama, no one really cared about me trying to explain how it really went down." 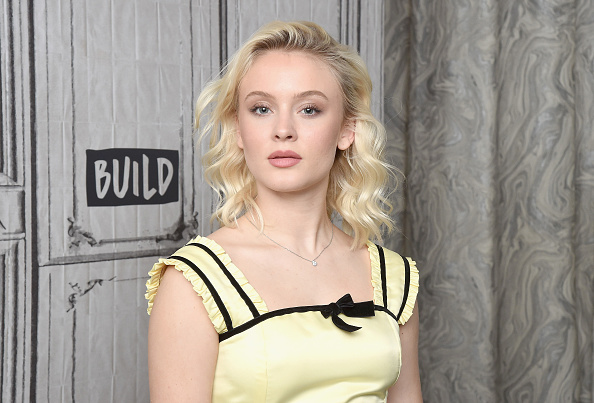 END_OF_DOCUMENT_TOKEN_TO_BE_REPLACED

She said she did think it was disrespectful that James had contacted Brian when he had a girlfriend and said she didn't condone James' behaviour towards straight men.

Zara also said that the hate towards James had been amplified because of homophobia.

“I don’t know you personally but the only thing I know is that Brian and I have absolutely nothing against you," she continued.

"And whole heartily believe that one of the reasons this got way out of proportion is homophobia and the fact that this effected [sic] straight men."

It came after James posted a new video in which he admitted the drama of the past two weeks had taken a toll on this mental health.

The 19-year-old was accused of "manipulating" men sexually and targeting straight men after falling out with fellow Youtube star Tati Westbrook.

In the video, called 'No More Lies', James branded Zara "hypocritical" as she had first met Brian by posting about him online.

The two eventually met up in real life and began dating.

popular
Irish person dies after drowning in Spanish resort swimming pool
Love Island's Danica said she felt "disrespected" in the villa
Everything we know about Love Island USA's Irish premiere
Galway dog charity sees surge in owners surrendering dogs
Dami explains why he was "angry" during the Love Island reunion
WhatsApp introduces way to choose who can and can't see you're online
Actress Anne Heche in coma following car crash
You may also like
7 months ago
Molly-Mae Hague criticised for "tone deaf" comments about success
9 months ago
Molly Mae Hague speaks out about her home being "emptied" after robbery
9 months ago
Timothée Chalamet admits to having a secret YouTube channel
11 months ago
Molly Mae Hague urges fans to check breasts as she finds benign lump
1 year ago
Opinion: Why do we let YouTubers get away with everything?
1 year ago
YouTube demonetised James Charles' account after he admits to messaging minors
Next Page