Niall Horan met Lizzo and their exchange was absolutely gas

This is a great story.

Niall Horan appeared on The Tonight Show with Jimmy Fallon last night to talk about his upcoming album. However, among all the chats about music and what not, he also spoke about bumping into Lizzo at a radio station in London.

Someone came into Naill and said that the singer was in the building and that she would love to meet him. He said that when he first saw her, he introduced himself and complimented her work. 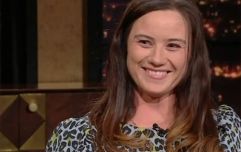 END_OF_DOCUMENT_TOKEN_TO_BE_REPLACED

"We’re passing in the corridor, I was like, 'Ah! Lovely to meet you!' Gave her a big hug 'Your voice is incredible. Your songs are amazing. You’re absolutely smashing it.'"

"And literally, without missing a beat, she just went, 'You can smash this!'," he said.

The audience started clapping, and Niall did too at Lizzo's gas comments. Jimmy then joked, "she's fast, she's fast."

Niall added: "And I was just like, fair play. I actually started blushing myself."

The former One Direction singer is looking at releasing his new album in February or March, but all we're hoping for now is a song from Niall featuring Lizzo.