There were always rumours they were together.

Whether they were together or not though, Niall Horan and Selena Gomez seem to be good friends and were spotted hanging out with each other this week.

It's been a big week for the both of them; Niall released some new music and Selena's new Netflix docu-series Living Undocumented also came out.

Last night, Selena was out with an Italian restaurant in LA and afterwards took some pictures with a few mates, and Niall was in there too.

with all of our schedules and travel, we don’t get to see each other as often as maybe we would like, but every time we do get to sit down and share a meal together, it makes me emotional and so happy. and seeing my favorite people embrace my now husband makes me want to cry. they’re really all family. ?

The pair are standing side by side and the former boyband member has his arm around Selena. 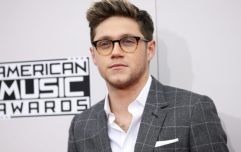 END_OF_DOCUMENT_TOKEN_TO_BE_REPLACED

The singer also decided to give a shoutout to Niall on Instagram Stories to help him promote his new song.

However, it doesn't look like Selena is going to jump into anything anytime soon. A source told Us Weekly: “She is open to dating, but right now she is solely focused on herself and enjoying life to the best of her ability and getting back to being the Selena that she and all of her close ones knew prior to dating Justin."