Niall Horan surprises fans for Children in Need and it's heartwarming

The Mullingar native really pulled out all the stops this year for Children In Need.

Children in Need is a UK charity run by the BBC. They raise money throughout the year to help disadvantaged children and young people in the UK with the hopes of helping them further their education and aspirations. 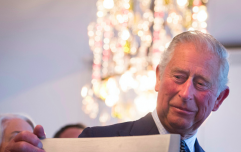 A new image of Prince Charles doting over Prince Louis has been released and OMG, my heart

END_OF_DOCUMENT_TOKEN_TO_BE_REPLACED

Every year various celebrities help out with the charity, fundraising and organising special events. This year, Niall rallied together a bunch of famous faces including Pixie Lott and Harry Judd to go surprise a bunch of young carers enjoying a day out together along with some of the kids this charity helps.

Niall recorded a special message apologising that he too couldn't be there but that he hoped they would have the best day ever. 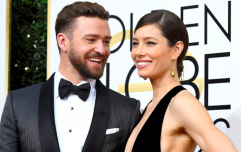 END_OF_DOCUMENT_TOKEN_TO_BE_REPLACED

The children were absolutely delighted with all the activities which were set out for them. Little did they know that later on Niall would make a surprise arrival, appearing from behind a curtain to perform for the group. By surprising them, he created the greatest ending to an already remarkable day for this bunch of kids and carers who look up to Niall as their idol.

You can check out the clip here:

This truly warmed my heart, as did for the heart's of those on Twitter.

Actually don’t think many things have melted my heart as much as Niall Horan on Children In Need. Truly beautiful man ❤️

Niall Horan at #ChildrenInNeedِ is literally the most heartwarming thing ❤️

Niall Horan is 100% the best member of one direction, he actually shows he genuinely cares about his fans and not just the money he earns, he’s amazing. #ChildrenInNeed

popular
Vogue Williams slams man who refused to swap seats with her on plane
Crown Paints advert receives 200 complaints over 'misogyny' and 'everyday sexism'
This is the exact date the weather will get warm again
Man arrested on suspicion of the murder of Irish man in London
Adam Collard allegedly attacked on night out with Paige Thorne
Joe Swash helps 95-year-old woman and carries her to hospital
Are we getting a mini heatwave in September?
You may also like
2 months ago
Two My Chemical Romance fans get engaged at Dublin gig in viral TikTok
6 months ago
Jenny Keane: "There is a huge vulnerability when it comes to exploring your sexuality"
11 months ago
Best man ordered to leave wedding by bride after risky joke backfires
1 year ago
Sex expert says these are the four words you should always say in bed
1 year ago
Nursing home residents share their relationship advice ahead of Valentine's Day
1 year ago
'Lockblocking' is the dating trend all single people are dealing with right now
Next Page