Our thoughts are with Nick, Alyssa and their entire family at this heart-breaking time.

Actor Nick Cannon has announced that his five-month-old son Zen has sadly passed away.

Baby Zen had been diagnosed with Hydrocephalus, a condition in which fluids build up in the cavities of the brain, putting pressure on the organ. 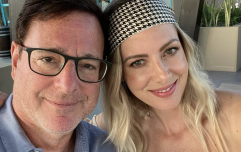 END_OF_DOCUMENT_TOKEN_TO_BE_REPLACED

Nick announced that his son had passed away at the start of The Nick Cannon Show.

He said: "I got so much to talk about. I haven't even shared this with anybody. Not even the crew. Just because there is so much going on in the world. I had a tough, very tough weekend."

The host then explained how he and Alyssa Scott found out that their baby was very ill during the summer.

He shared that doctors had put a shunt in Zen's head, and they had to "hope for the best". Zen's health then took a turn around Thanksgiving.

"The process sped up," Nick said. "If anybody knows how cancer is, it was cancer in the brain. And the tumor began to grow a lot faster." 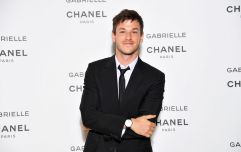 END_OF_DOCUMENT_TOKEN_TO_BE_REPLACED

He then shared that they took baby Zen to the beach over the weekend, where he got to hold him for "one last time".

Nick then said: "This is a beautiful show dedicated to my son. You never know what someone is going through. Hug your family. Kiss somebody. Tell them you love them."

During his monologue, Nick spoke highly of Zen's mother Alyssa.

He said: "Alyssa was just the strongest woman I have ever seen. Never had an argument here never was angry.

"She was emotional when she needed to be but was always the best mom and continues to be the best mom possible. So I've got to say thank you to my entire family."

popular
Women are rinsing their hair in apple cider vinegar – and the results are amazing
Worried about a loved one? Here are 5 signs of suicide to look out for
Woman hospitalised following stag attack in Co. Kerry
"Hair contouring" is about to be huge, here's everything you need to know
And Just Like That... episode 8: Nobody saw this one coming
Emmerdale actors Max Parker and Kris Mochrie announce engagement
A clip has resurfaced of Machine Gun Kelly discussing a teenage Kendall Jenner
You may also like
16 hours ago
Woman hospitalised following stag attack in Co. Kerry
22 hours ago
Two pedestrians injured in separate Dublin collisions
2 days ago
Baby among 4 found dead as family try to cross US and Canadian border
3 days ago
Cavan parents remember teenage son as "character of the family" on emotional PrimeTime interview
3 days ago
Ghislaine Maxwell's lawyers request new trial
4 days ago
Lynsey Bennett opens up about her eight year old's worries for her
Next Page