Hannah Spearritt has broken her silence on her rekindled romance with bandmate Paul Cattermole, saying the pair are "really happy".

The S Club 7 stars originally dated in the 90s but recently decided to give their relationship another go, after spending time together on the band's current tour. 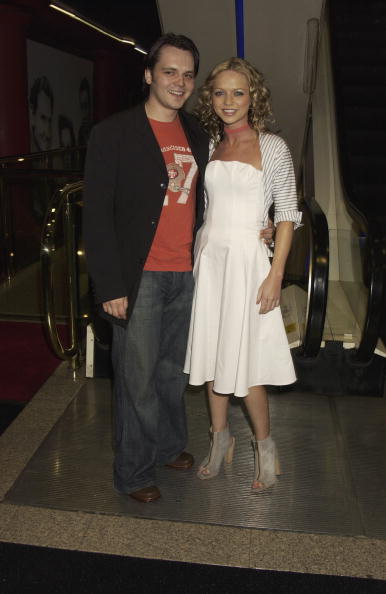 The romance has hit the headlines as Spearritt was engaged to Adam Thomas until recently, with the personal trainer saying that "he’d moved into my bed before it’d got cold – that’s the biggest kick in the teeth".

He also hit out at the couple, saying that Hannah had previously moaned about how Paul was "so fat he could hardly dance".

In a new interview, Spearritt dismissed his comments and insisted "We're not bothered. No one is going to ruin what we have".

popular
Paul Mescal didn't win an Emmy and that's okay
5 Netflix releases to keep an eye out for in October
QUIZ: How well do you remember the first episode of Gilmore Girls?
There's a Friends makeup collection coming, featuring Phoebe, Monica, and Rachel palettes
Selling Sunset's Chrishell Stause reveals "the brokerage has split"
The sentimental engagement ring trend you're going to see a lot of for the rest of this year
Someone has ranked the penis size of men from all over the world
You may also like
1 week ago
Amy Huberman and Brian O'Driscoll expecting third child together
2 weeks ago
Ed Sheeran and wife Cherry Seaborn have welcomed their first child
3 weeks ago
Katy Perry and Orlando Bloom welcome first child together
3 weeks ago
Girls Aloud's Sarah Harding is battling advanced breast cancer
3 weeks ago
Jamie Lynn Spears appointed Britney's trustee to protect finances for children
3 weeks ago
Everybody loves Jedward now
Next Page