North West just rocked a fake nose ring, and it seems to have divided the Internet

So by now, we kind of consider North West to be a bit of a style icon.

Despite only being a child (six years young), she has a serious flare for style, and rocks pretty groovy looks. 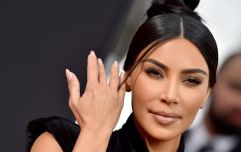 END_OF_DOCUMENT_TOKEN_TO_BE_REPLACED

Most recently, North opted for some fairly edgy jewellery.

She attended her great grandmother's 85th birthday party, and rocked a fake nose ring for the occasion.

North's mum, Kim Kardashian, shared a number of really cute snaps of the event (and the nose ring).

In one photo on Kim's Instagram stories, North posed between her cousins, True Thompson and Penelope Disick, and her aunts, Khloé and Kourtney Kardashian. Tres cute.

In another, Kim made a point of informing her followers that the nose ring was not real. 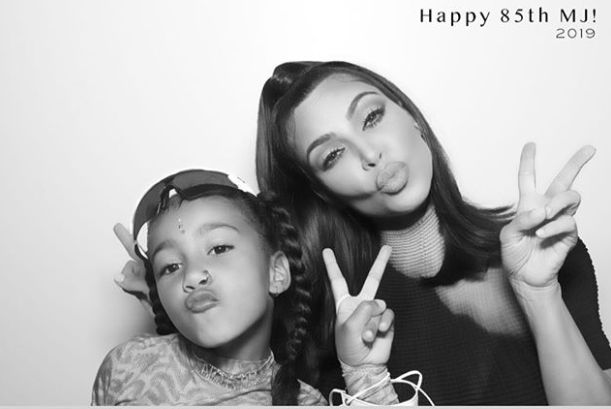 She obviously knew well that there'd be a few trolls coming for her, and North's nose ring.

The glamourous North West recently made her front cover debut, when she featured in WWD.

Kim, who styled the adorable shoot, said she was “seriously so proud” of her daughter for the major milestone.

"My most stylish and beautiful baby girl North shot her 1st cover for @wwd!!!! She loves fashion & beauty and has so much fun doing this!"

You can't deny - that kid has style.

Girls With Goals || Her · Ep.161: Feeling Peachy - Sharon Keegan of Peachylean on being an absolute BOSS!
popular
Cristiano Ronaldo has been called 'racist' for his latest Instagram post
Here's what happens on every day of your menstrual cycle (roughly)
How to INSTANTLY unblock your stuffy nose (we swear this works)
Someone has ranked the penis size of men from all over the world
Bride dislocates her leg during her first dance in viral clip
Gwen Stefani reportedly pregnant with baby number four
The promise William made to Kate the day they got married will make you CRY
You may also like
2 years ago
The €13 mascara that Kim Kardashian and her MUA Mario swear by
2 years ago
Kim Kardashian just dyed her MINT GREEN, and she looks like a mermaid
2 years ago
The Kardashian Christmas card for 2018 is here, and someone important is missing
2 years ago
North West throws a fierce tantrum while doing Kim's makeup and it'll give you a LOL
2 years ago
Kim Kardashian has apologised for comments she made glamorising anorexia
2 years ago
Khloe Kardashian FINALLY addresses Tristan Thompson's cheating scandal on KUWTK
Next Page