It's not Eyal... Rita Ora is in the 'early stages' of dating this well-known actor

After speculation last week that Rita Ora was dating Love Island's Eyal Brooker, it appears that speculation was in fact all it was.

As of last night, reports began to circulate that the singer accidentally let slip about her brewing romance with none other than, Andrew Garfield.

Speaking to The Sun, a source revealed that the pair are getting to know each other and things are still "early days".

"Rita let slip to pals about her brewing romance about a month ago.

"But in recent days things have started to heat up and she says what they have is the real deal. It is still very early days but they like each other and are seeing what happens. Their schedules make things difficult but they have a real connection," the source revealed.

Andrew Garfield has been single quite some time now, having dated Emma Stone on and off for four years after meeting on the set Spider-Man back in 2011. 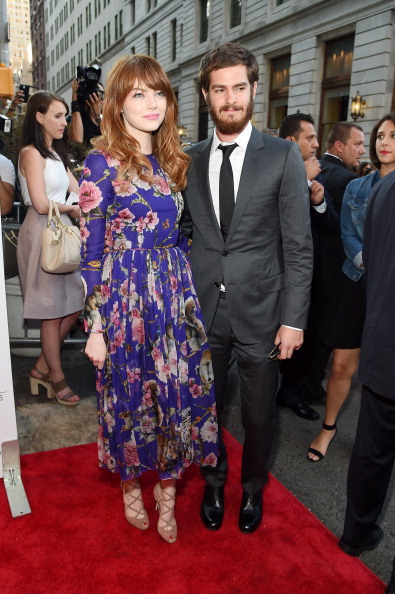 Since then, Andrew has been linked to Jessica Jones actress Susie Abromeit after they were spotted kissing in September of this year, however, it is rumoured that nothing progressed from that.

Rita has also been single since September after she split from boyfriend, Andrew Wyatt and so, potential between these two singletons is very likely.

popular
Police in US deny Brian Laundrie DNA rumours
You stars Victoria Pedretti and Dylan Arnold spark romance rumours
Bake Off fans not able for Prue's innuendos last night
TikTok star arrested and charged with murder of estranged wife
Channel 4's Breastfeeding My Boyfriend doc criticised for contributing to stigma
Penneys responds to calls for online store to be set up for Christmas
Apparently, THIS is the reason why Louise Redknapp split from Jamie Redknapp
You may also like
2 hours ago
Police in US deny Brian Laundrie DNA rumours
4 hours ago
Met Éireann issue weather warning for 10 counties amid "unsettled" conditions
1 day ago
Woman in 20s seriously injured in motorbike hit-and-run in Dublin
4 days ago
Former detective chief says Brian Laundrie discovery is "strange"
4 days ago
Weather warning issued for 2 counties ahead of "heavy rain" this weekend
5 days ago
Investigation launched after news channel airs 13 seconds of porn during weather
Next Page