"We are so lucky with our 4 healthy babies—and we will never lose sight of this."

Hilaria Baldwin has experienced another miscarriage at four months.

The mother-of-four and wife of Alec Baldwin announced that she was expecting again after experiencing pregnancy loss earlier this year. 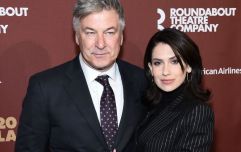 END_OF_DOCUMENT_TOKEN_TO_BE_REPLACED

She took to Instagram this week to say that she has miscarried again, and that she is "still in shock."

"We are very sad to share that today we learned that our baby passed away at four months," she wrote.

"We also want you to know that even though we are not ok right now, we will be. We are so lucky with our four healthy babies — and we will never lose sight of this."

Hilaria posted a video of herself and daughter Carmen discussing the loss. She then sent the video to Alec, later deciding to post it herself.

"I guess this is a good way to share it with you too," she said. "I told her that this baby isn’t going to come after all... but we will try very hard to give her a little sister another time."

"I’m really devastated right now... I was not expecting this when I went to my scan today. I don’t know what else to say... I’m still in shock and don’t have this all quite clear.

"Please no paparazzi...that’s all I ask."

Hilaria experienced her first pregnancy loss earlier this year, announcing on Instagram that she believed she was suffering a miscarriage. 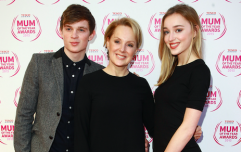 END_OF_DOCUMENT_TOKEN_TO_BE_REPLACED

"I always promised myself that if I were to get pregnant again, I would share the news with you guys pretty early, even if that means suffering a public loss," she said at the time.

"I have always been so open with you all about my family, fitness, pregnancies... and I don’t want to keep this from you, just because it isn’t as positive and shiny as the rest."

Hilaria and Alec married in 2012. They have four children together.


Girls With Goals || Her · Ep.161: Feeling Peachy - Sharon Keegan of Peachylean on being an absolute BOSS!
popular
Love Island fans pine for Tommy Fury's loyalty after last night's episode
Charlie Haughey's grandniece has won big for Hong Kong in the Olympics
Simone Biles pulls out of all-around Olympics final due to mental health
Murder investigation launched after child dies in Belfast stabbing
The sad reason why viral gymnast, Katelyn Ohashi, isn't on the USA Olympic team
Rachel Wyse And Galway's Joe Canning Are Reportedly Dating...
You can now rent out the Harry Potter house on AirBnB
You may also like
10 months ago
"We had a baby last night:" Alec and Hilaria Baldwin announce birth of their son
1 year ago
'I’ll let the baby do the talking': Hilaria Baldwin reveals that she is pregnant
1 year ago
An all-female version of Fight Club is coming out in 2020, and we're intrigued
1 year ago
Alec and Hilaria Baldwin are expecting another child together
2 years ago
'I am most likely experiencing a miscarriage.' Hilaria Baldwin shares a heartbreaking instagram
2 years ago
Alec Baldwin has confirmed that Justin and Hailey are married
Next Page