What does one wear to meet a prince?

It's hard enough to figure out what you'll wear on a Tinder date over Zoom so we don't envy the dilemma Meghan Markle faced when meeting Prince Harry for the first time.

Meghan and Harry went on a blind date set up by a mutual friend in July 2016, beginning a whirlwind romance that's resulted in a stunning royal wedding and them starting a family together.

END_OF_DOCUMENT_TOKEN_TO_BE_REPLACED

The two have always been a bit coy about the details of their first encounter but a new book gives an insight into the fateful date.

According to Finding Freedom, written by royal reporters Omid Scobie and Catherine Durand, Meghan put a lot of thought into her outfit the evening she was due to get together with Harry.

She "was more pre-occupied with what she would wear than his online reputation". 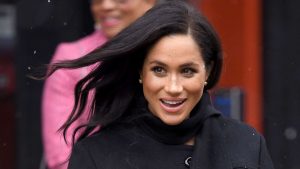 END_OF_DOCUMENT_TOKEN_TO_BE_REPLACED

Unsurprisingly, the now-Duchess went for a classic Meghan outfit.

"She settled on a navy-blue sundress and heels for the evening."

Navy is a colour we've seen Meghan in countless times so we're not surprised she chose it for a first date. Heels and a chic dress became a staple look for her as a working royal so it's interesting that that's what she opted for.

Harry, meanwhile, also went for something that feels very him -  a pair of chinos and a white shirt.

Both were clearly dressed to impress and by Harry's own admission, the attraction was instant. 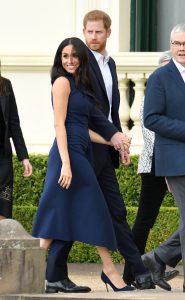 END_OF_DOCUMENT_TOKEN_TO_BE_REPLACED

Speaking after their engagement in 2017, the prince said he was wowed the moment he laid eyes on Meghan.

"I was beautifully surprised when I walked into that room and saw her,” he said. “I was like, Okay, well, I’m really gonna have to up my game!”