He passed away while being transported via ambulance.

William Friend, who is the husband of One Tree Hill star Bevin Prince has passed away after being struck by lightning.

As People reports, the incident occurred near Masanboro Island in Wilmington, North Carolina, while Mr Friend was on a boat with his friends on Sunday. Medics arrived to treat him, but he was later pronounced dead in the ambulance. 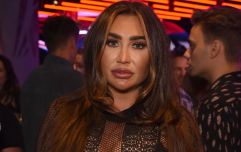 END_OF_DOCUMENT_TOKEN_TO_BE_REPLACED

William and Bevin had been married for five years.

Since news of his death was announced, tributes have been pouring in for Friend.

"Will, it feels surreal writing this," she penned. "Mostly because it feels like you were just getting started. The life and love that you gave to my best friend made it feel okay that we were thousands of miles apart.

END_OF_DOCUMENT_TOKEN_TO_BE_REPLACED

Annable added that William was "perfect" for Bevin. 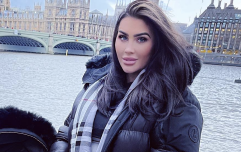 END_OF_DOCUMENT_TOKEN_TO_BE_REPLACED

"You supported her dreams, you made her feel seen, you adored her with every bit of your soul and I will forever be grateful to witness that kind of love."

A GoFundMe page has since been set up to cover William's funeral costs, but also in support of two causes he is said to have been passionate about. They are his business Recess and the Special Operations Transitions Foundation.

The description on the page reads: "Recess is the business that Will and his wife Bevin had been building and growing in their new North Carolina home. There was nothing Will respected or valued more than the American Dream, entrepreneurship, and women in business. We know he wanted to see this business continue to great success and lead to the employment of many more people. Creating rewarding and meaningful jobs for others was the legacy Will wanted to leave."

popular
Fans unimpressed with the Love Island reunion
Everything we know about the Love Island reunion
Lauren Goodger assaulted and taken to hospital after baby girl's funeral
Tasha's dad responds to Jacques' Instagram video
Are You The One? UK's Thérèse Mullaghan opens up on the reason she went on the show
Barry Keoghan and girlfriend Alyson welcome their first child together
These baby names are set to be popular in 2030 (so maybe get in there now!)
You may also like
8 minutes ago
Weather advisory issued as temperatures in Ireland set to soar again
24 minutes ago
Fans unimpressed with the Love Island reunion
18 hours ago
Autumn vibes: 'Foilayage' is the new hair colour trend we all want now
20 hours ago
I ditched plastic bottles for shampoo bars – and here are the 5 best ones to buy
20 hours ago
Artist Audrey Hamilton: "Fast fashion was something we didn't want to be a part of"
22 hours ago
The cost-of-living crisis is having a disproportionate impact on women, charity warns
Next Page