Ozzy and Sharon Osbourne have announced they're to divorce

One of the most iconic pop-culture couples of all time, Sharon and Ozzy Osbourne just announced they're splitting up.

Th 67-year-old rock legend and the 63-year-old co-host of US panel show The Talk and former X-Factor judge have broken up after over three decades of marriage.

E! News reports that Ozzy will move out of their shared home temporarily, and the split has nothing to do with his sobriety. Osbourne has remained sober since 2013. 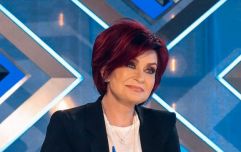 Sharon Osbourne apologises for comments made after Piers Morgan row

END_OF_DOCUMENT_TOKEN_TO_BE_REPLACED

The couple met in the 1970s at the height of Ozzy's career with band Black Sabbath and gained notoriety from their MTV reality show The Osbournes which ran from 2002-2005.

They have three children together, Aimee (who didn't appear on the show), Kelly and Jack.

Their reality show was iconic, and this episode of Cribs filmed before the show gives you an idea of what life in the Osbourne house was like.

popular
Stevie Nicks leads tributes following the death of Christine McVie
Mollie King announces death of her father just weeks after welcoming her first child
TRAILER: The Second Gone Girl Film Trailer Is Out, And You Will NOT Be Disappointed
Gwen Stefani reportedly pregnant with baby number four
Here are the first four people officially heading onto Dancing With The Stars
Why Are Men so Obsessed With Boobs? The Answer is Pretty Surprising...
Gifts for Him: 18 affordable presents for your old fella, brother or boyfriend this Christmas
You may also like
4 years ago
Sharon Osbourne shares a message to her fans after yesterday's statement
4 years ago
Sharon Osbourne releases official statement after shock X Factor 'firing'
4 years ago
Simon Cowell just fired Sharon Osbourne after she SLATED him in an interview
4 years ago
'I will drown you!': Sharon Osbourne TORE into Simon Cowell in her latest interview
4 years ago
Louis Walsh responds to rumours he's been sacked by X Factor producers
5 years ago
Several X Factor contestants hit with 'mystery bug' ahead of live shows
Next Page