Paris Hilton is dodging rumours yet again, and this time she's completely shutting down one that has fans convinced she is pregnant.

The US socialite has been overloaded with media claiming she's expecting her first child with fiancé Carter Reum, but Paris is of a very different opinion. 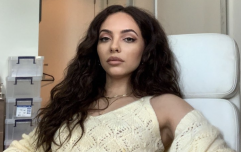 Jade Thirlwall "unbelievably proud" of Perrie and Leigh-Anne after births

END_OF_DOCUMENT_TOKEN_TO_BE_REPLACED

The 40-year-old headed to her podcast This Is Paris for a special edition to set the record straight.

She said: "I woke up to about 3,000 texts. All my iPhones are blowing up - all five of them - with everyone wishing me congratulations and so happy for me." 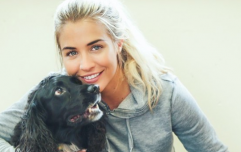 END_OF_DOCUMENT_TOKEN_TO_BE_REPLACED

She added after joking about being pregnant on triplets: "Actually, I'm just kidding. I am not pregnant - not yet. I am waiting until after the wedding.

"My dress is being made right now so I want to make sure it looks gorgeous and fits perfectly so definitely waiting for that part."

Paris is convinced the rumours started after she was spotted getting dinner in a push up bra from her new lingerie line in Malibu.

Paris has previously spoken about wanting to start a family, revealing that she wants two children, and will name her first born London because it's her "favourite city in the world." London Tipton is screaming. 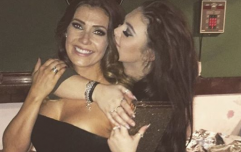 END_OF_DOCUMENT_TOKEN_TO_BE_REPLACED

While this is in her future, Paris is too busy right now promoting her new Netflix series Cooking with Paris, which will focus completely on her "lack of knowledge" in the kitchen, learning everything there is to know about cooking skills along with some famous faces.

The series has been inspired after Paris went viral on YouTube in January 2020 where she showed off her unusual way to make a lasagne.

Starting on August 4th, the series will see a different side to the star than we've ever seen before.