It is said that the singer referred to Paul as her fiancé as the pair partied at Coachella over the weekend. 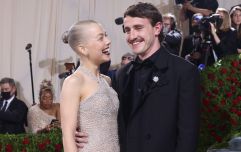 END_OF_DOCUMENT_TOKEN_TO_BE_REPLACED

The two first met when Phoebe outed herself as a huge fan of Paul's show Normal People, referring to him as the "cute Irish boy".

Later, she admitted to NME magazine that she got a "little pitter patter" in her heart when he followed her on Instagram.

She then decided to ask him to be in her music video - and the rest is history. 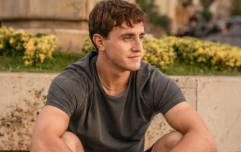 END_OF_DOCUMENT_TOKEN_TO_BE_REPLACED

The couple first publicly appeared together at the Los Angeles County Museum of Art and Film Gala in 2021 and went Instagram official weeks later.

Paul previously said that he didn't know where he'd be without Phoebe:

"To have someone to lean on through such a mad, made time has been invaluable. Really I don't know where I'd be without her."

Over Christmas, the Kildare actor was spotted showing the singer his homeland, as the two were out and about roaming the streets of Dublin.

popular
Fans are feeling seriously sorry for Molly Mae Hague after resurfaced interview
HSE advises children with fever, cough or sore throat to stay home
Maura Higgins claims she was left by designer who went to style someone else at an award show
Celine Dion, 54, diagnosed with incurable neurological disease
He may be a politician, but Leo Varadkar's personal life is none of our business
Tom Parker's wife suffers more heartbreak just nine months after husband's death
Toni Collette announces divorce from David Galafassi after almost 20 years of marriage
You may also like
6 months ago
Lenny Abrahamson predicts another Liveline sex scene debate over Conversations with Friends
7 months ago
RTÉ sets release date for much-anticipated series Conversations with Friends
9 months ago
Normal People fans are only just noticing Connell's sweet gesture to Marianne in school
1 year ago
Conversations with Friends stars share pictures from set
1 year ago
Normal People makes history at the IFTAs
1 year ago
You can now rent the Italian villa from Normal People on Airbnb
Next Page