"Our little boy who arrived safely and happily over the weekend and changed the game forever."

The British actress, who plays Ada Shelby in the hit BBC show, shared a snap of her baby boy on her Instagram page. Rundle also played Ann Walker in Gentleman Jack, and Vicky Budd in Bodyguard.

END_OF_DOCUMENT_TOKEN_TO_BE_REPLACED

"Our little boy who arrived safely and happily over the weekend and changed the game forever. My little egg. My overflowing, grateful heart."

Sophie had previously announced that she was expecting back in February, after the actress shared a picture of her bump on social media.

"New friend on the way," she wrote. "Arriving here with the daffodils and the sunnier days of Spring. O high riser, my little loaf."

The pregnancy announcement was immediately met with congratulations and well-wishes from Sophie's famous friends, including Phoebe Dynevor, Charlene McKenna and Julia Goulding. 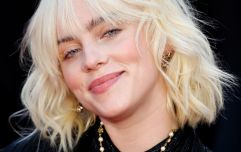 END_OF_DOCUMENT_TOKEN_TO_BE_REPLACED

Sophie met her partner Matt on the set of the Sky TV series Jamestown in 2016. The couple have been engaged since 2019.

Like Sophie, Matt is also an actor. Throughout his career, he's been featured in Bodyguard, Sense 8, The Village, Misfits and Black Mirror.

Many fans have speculated that the couple are already married after they were snapped wearing matching gold rings.

Sophie, however, has made it clear that she is in no rush to tie the knot.

"We got engaged a couple of weeks ago," she said in 2019. "The whole wedding thing is weird though."

END_OF_DOCUMENT_TOKEN_TO_BE_REPLACED

"Everyone expects you to be desperate to be a princess for the day. That's really not my scene."

In December, Sophie was hospitalised for Covid-19. The star took to Instagram to share her symptoms. She announced that she was pregnant when she was released from hospital.

popular
Friends actor James Michael Tyler has died, aged 59
Late Late Show viewers are not happy with Ryan's questions for Billy Connolly
Friends Star James Michael Tyler Files For Divorce
10 items from Zara for the perfect autumn capsule wardrobe
Remember The Man With Hair Brighter Than The Sun? Here's What He Looks Like Now!
9 of the best horror movies on Netflix this Halloween
15 brilliant stocking fillers we are picking up from Penneys before they sell out
You may also like
3 months ago
Emmerdale star Toby Kirkup died hours after being discharged from hospital, inquest finds
4 months ago
Cillian Murphy opens up about filming Peaky Blinders without Helen McCrory
4 months ago
Final season of Peaky Blinders will be dedicated to Helen McCrory
6 months ago
"A meteor in our life" Damian Lewis pays tribute to wife Helen McCrory
9 months ago
There is still a Peaky Blinders movie on the way, creator confirms
9 months ago
OFFICIAL: Peaky Blinders will end after the sixth season
Next Page