Just wait until Lady Whistledown hears about this.

According to the rumour mill, Bridgerton's Phoebe Dynevor and comedian Pete Davidson are seeing each other.

The news comes as the two stars visit each other's cities. The Saturday Night Live star was recently spotted in Altrincham, in Greater Manchester, Dynevor's hometown.

END_OF_DOCUMENT_TOKEN_TO_BE_REPLACED

A Pete Davidson fan shared a photo of the comedian in Altrincham, calling it "bizarre". They added that Pete was in town visiting friends.

On the other hand, Phoebe was spotted in New York City, Davidson's homestead, in early Februrary. The actress was there, working on the set of Younger, an American sitcom. The Bridgerton star plays Claire, an Irish immigrant in search of a green card marriage.

Phoebe shot to fame late last year in her role as Daphne Bridgerton in the hugely popular Netflix period drama. She was nominated for a Satellite Award and a Screen Actor's Guild Award for her performance.

Rumours of a courtship took off when inside sources revealed that Dynevor and Davidson are spending time with each other.

Neither of their representatives have commented on the speculation yet. 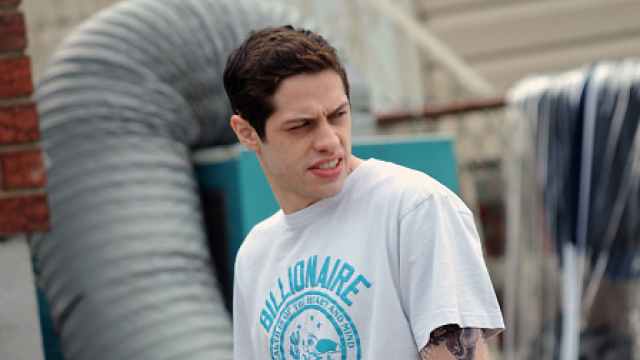 END_OF_DOCUMENT_TOKEN_TO_BE_REPLACED

Davidson is no stranger to dating stars. He was famously engaged to pop sensation Ariana Grande. In fact, her 2018 album Sweetener was inspired by him. The couple called off their engagement after six months of dating.

In 2019, Pete was coupled up with actress Kate Beckinsdale. During their relationship, Pete was frequently asked about how Kate is 20 years his senior. The comedian would then bring up the fact that many men date younger actresses and escape scrutiny. 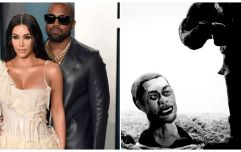 END_OF_DOCUMENT_TOKEN_TO_BE_REPLACED

Additionally, Pete has been linked to actress Margaret Qualley, the daughter of Andie MacDowell, as well as Kaia Gerber, Cindy Crawford's daughter.

Last week, authorities arrested a woman for trespassing on Davidson's home in Staten Island. The stalker claimed she was the comedian's wife.

popular
Vogue Williams slams man who refused to swap seats with her on plane
Mum charged with murder after allegedly leaving baby in hot car
This is the exact date the weather will get warm again
New Zealand family find two bodies in second hand suitcases
Crown Paints advert receives 200 complaints over 'misogyny' and 'everyday sexism'
Tasha Ghouri shuts down "ableist" comments of how she acts as a deaf woman
10 must-have summer essentials that are perfect for your next sun holiday
You may also like
1 month ago
Pete Davidson talks having a baby with Kim: ‘That’s kind of what I’m preparing for now’
6 months ago
Pete Davidson and Kim Kardashian are finally official
6 months ago
Pete Davidson explains exactly why he's so popular with women
7 months ago
The pop culture moments that defined 2021
9 months ago
Kim Kardashian "likes" Pete Davidson, apparently
2 years ago
Pete Davidson's new romance with actress Margaret Qualley has been confirmed - by her mum
Next Page