Pete Davidson and his new girlfriend Margaret Qualley have a "beautiful relationship", her mum Andie McDowell has said.

Andie, herself one of the biggest leading ladies of the 90s, confirmed that her daughter is seeing the comedian.

"She has a beautiful relationship with him but I don't want to step on her relationship too much," she told People over the weekend. "They have a nice relationship."

She hasn't met him in person, she continued. 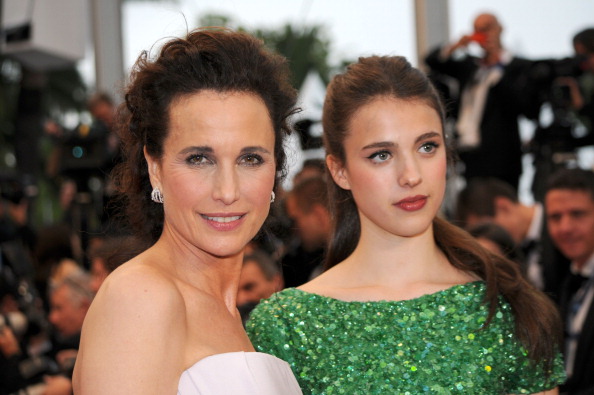 END_OF_DOCUMENT_TOKEN_TO_BE_REPLACED

"I FaceTimed with Pete the other day or no, she took a video of me to send to Pete, that's what it was."

Margaret, who rose to fame playing Pussycat in Once Upon A Time In Hollywood, and Pete have been linked since this summer.

Pete travelled to Italy earlier this month to support Margaret at the premiere of her new movie Seberg at the Venice Film Festival.

"They looked comfortable together and walked close. They went into a few little stores... they never stopped holding hands," an onlooker told E! News.

It comes after Pete and Kate Beckinsale called time on their whirlwind relationship earlier this year, dating for four months before splitting.

popular
Police believe they know what happened to missing dog walker Nicola Bulley
Louise Thompson required surgery after haemorrhaging at home
Siobhan O'Hagan reveals she's expecting her first child
Love Island's Anna-May admits she thinks one of the girls is playing a game
Kylie Jenner had an Astroworld themed party for her kids and fans aren't happy
Here's why Nicola Peltz-Beckham's family are suing her wedding planners
Looks like Maura Higgins knew Molly-Mae's baby name this whole time
You may also like
4 months ago
Kim Kardashian opens up about her split from Pete Davidson for the first time
5 months ago
Kim Kardashian and Pete Davidson call it quits
6 months ago
Pete Davidson talks having a baby with Kim: ‘That’s kind of what I’m preparing for now’
10 months ago
Kanye West has finally been suspended from Instagram
10 months ago
Kanye West releases music video that shows him decapitating Pete Davidson
11 months ago
Pete Davidson and Kim Kardashian are finally official
Next Page