Pic Of The Day: "He Gets It" - Rihanna Has Inspired A Very Unlikely Character

Earlier in the week Rihanna hit the headlines yet again over a fairly risqué outfit choice at the Council of Fashion Designers of America Awards.

RiRi, who scooped the coveted Fashion Icon prize at the awards ceremony, has inspired a very unlikely character.

Peter Griffin has given the 'Good Girl, Gone Bad' hit-maker a run for her money and it seems Rihanna appreciates Family Guy's take on THAT dress.

Rihanna, who has now changed her Twitter avatar to the animation, stole the show on the red carpet in a sheer Swarovski crystal embellished gown - like only RiRi can. 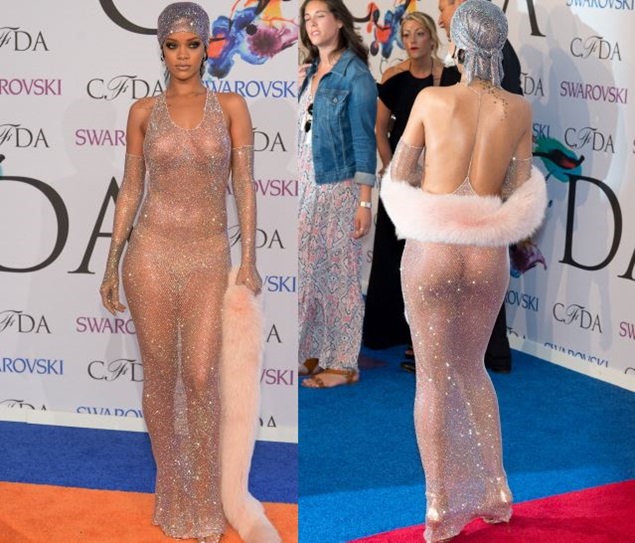 END_OF_DOCUMENT_TOKEN_TO_BE_REPLACED

During her acceptance speech later on the night, the 'Rude Boy' singer explained: “I grew up in a really small island and I didn’t have a lot of access to fashion but as far as I can remember, fashion has always been a defence mechanism... I remember thinking ‘she can beat me, but not my outfit’”.

popular
Love Island’s Afia explains why Gemma’s dad has not been mentioned on show
Buying fake designer goods abroad this summer can have some serious consequences
Love Island fans are scratching their heads after finding Tasha's maternity photoshoot
Love Island fans react to "confusing" recoupling
Primark is trialling online orders for the first time ever
This €5 Boots serum keeps selling out after skincare fans claim it 'beat all the others'
Love Island's Remi says arguments with Jacques "ruined" his time on the show
You may also like
3 years ago
Turns out, this colour of wine gives you the WORST hangover
6 years ago
Pretty Little Liars actor Brandon Jones could be facing over five years in prison
6 years ago
Gwen Stefani Receives Massive Backlash After "Insulting" April Fools' Prank
6 years ago
Katie Price Names And Shames The Twitter Trolls Bullying Her Son Harvey
6 years ago
Kim Kardashian Blasts "Body-Shaming and Slut-Shaming" In Brilliantly Honest Post
6 years ago
WATCH: Emma Watson Launched HeForShe Arts Week On International Women’s Day
Next Page