Pic Of The Day: Nothing To See Here... Only Enda Kenny Opening A Penneys In Germany

Yes, you read that headline correctly; Enda Kenny opened a Penneys in Berlin.

Hundreds of shoppers turned out to watch the Taoiseach cut the ribbon on a Primark, the name given to the store in areas outside of the country, in Berlin.

The store located at the Alexanderplatz area of the city is the 13th outlet of its kind to be opened in the country since 2009, with a total of 276 are dotted around the rest of Europe.

END_OF_DOCUMENT_TOKEN_TO_BE_REPLACED

Speaking at the event Kenny said: "We are seeing a new wave of international expansion from Irish companies abroad and I am heartened to see Primark leading this charge.

"The international success of Primark represents the constant innovations in retail and commercial expansion initiated in Ireland," he continued. 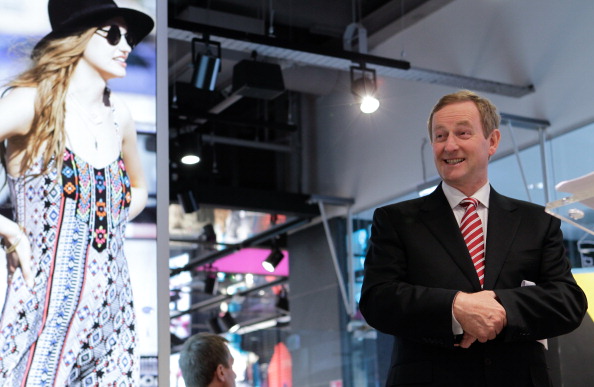 'Lovely suit Enda, where did you get that?' Penneys!

It's the greatest gift we could give any country and we can only hope the shoppers of Berlin will love it as much as we do.

popular
Irish girls name was the most used Irish name in the United States last year
Ofcom receives 75 complaints over Jacques' treatment of Ekin-Su
Love Island: Danica sets her sights on Andrew as Luca asks Jacques about his relationship with Gemma
Michael Owen hilariously responds to Love Island's heart rate challenge
Prince William shouts at photographer who was "stalking" his family
Another of Gemma Owen's family could be headed for a reality show
Dublin Airport not ruling out a "flight cap" amid chaos
You may also like
4 weeks ago
Irish lad heading to Love Island villa as contestants are announced
1 month ago
Tributes paid to Irishman found dead in LA after missing for weeks
3 months ago
7 of the best Irish prints you can buy on greeting cards now
4 months ago
Viewers left in shock after video of American woman making a cup of tea
4 months ago
You can now get an Irish language version of Wordle
5 months ago
A documentary about two Irish boys who skipped school to go to New York is coming soon
Next Page