It's a Christmas miracle!

It's that time of year, for catching up with old friends and reminiscing on times gone by.

There was a bit of "guy love" between three guys going on on Zach Braff's account this Christmas, as the actor caught up with best pal Donald Faison and their Scrubs co-star John C McGinley, almost five years after the hospital-based comedy left our screens for good.

The trio, who played J.D., Turk and Dr. Cox on the hit show were snapped hanging out over the festive period, with Braff captioning this image on Instagram "Reunited and it feels so good". 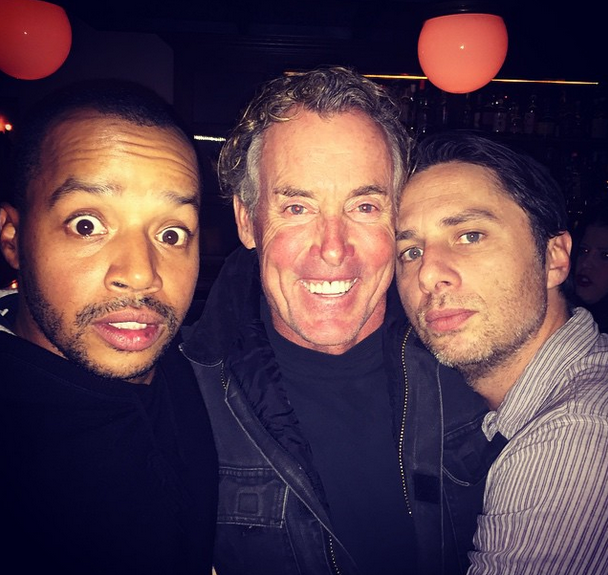 It's not unusual to see Braff and Faison together as the pair are real life best friends too and Braff is even godfather to Faison's son Rocco. But with Dr. Cox in the picture too, it's almost like being back in Sacred Heart.