Pink has shown her support for the repeal the 8th campaign

Pink has shown her support for the campaign to repeal the eighth amendment.

The US singer took to Instagram this evening to encourage people to vote 'Yes' in this week's referendum.

The eighth amendment makes abortion illegal in Ireland except where there is a substantial risk to the life of the mother.

Pink shared a photo of a Together for Yes badge with the caption: 'IRELAND: #repealthe8th, #togetherforyes.'

She also included a heart emoji.

Pink's post was shared one hour ago and at the time of writing had already garnered over 30,000 likes.

In 2015, the What About Us singer announced that she was standing with reproductive healthcare organisation, Planned Parenthood.

The group, who provide women in the US with many services including abortion, contraceptives, and family planning information, were facing government funding cuts due to pushback by the Republic party. 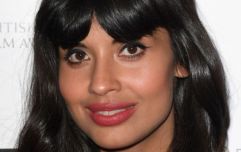 Jameela Jamil has spoken about her abortion for the first time

END_OF_DOCUMENT_TOKEN_TO_BE_REPLACED

At the time, Pink tweeted: "Do these Rep. hopefuls plan on visiting every town in America handing out pamphlets, hugs, life saving info +and screening?! What's their plan?"

The singer last year revealed that she had decided to raise her kids gender neutral so they could grow up in a "label-less" household.

Ireland's referendum on the eight amendment takes place this Friday, May 25.

Polls open at 7am.

popular
Brian Laundrie parents 'to cremate body with no funeral' amid mystery over cause of death
Molly Mae and Tommy terrified to go home after €1 million worth of items stolen
Giovanni Pernice confirms Maura Higgins split
Gogglebox's Jenny and Lee assure fans they haven't left after quitting fears
Strictly's John Whaite says most of show's couples have "no attraction"
Why Are Men so Obsessed With Boobs? The Answer is Pretty Surprising...
New period drama A Very British Scandal starring Claire Foy is coming to TV soon
You may also like
2 weeks ago
Judge temporarily blocks Texas abortion law
1 month ago
Lack of information a major barrier for women seeking abortions in Ireland
1 month ago
TikTokers flood Texas abortion whistleblower site with Shrek memes and porn
1 month ago
The Texas abortion law proves we still have far to go for women's autonomy in 2021
2 months ago
Ireland's abortion laws to be reviewed by independent expert
3 months ago
UK government intervenes to direct Northern Ireland's abortion services
Next Page