We'd say this was slightly terrifying.

Pink's performance at the UK's V Festival ended in disaster as a fire broke out on stage.

While the singer arrived and began to sing, a faulty firework seemed to have started the blaze.

Pink kept on performing at first but then had to be removed from the stage until security and staff got the fire under control.

And it seems like the singer might have been taken aback by the incident, as one festival-goer said she seemed to forget the lyrics to her own songs.

Speaking to The Sun, the fan said: "The fire started when a firework went off and hit the top of the stage.

"It started off small but then kept growing until a bloke climbed up to the top to put it out. 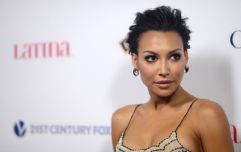 END_OF_DOCUMENT_TOKEN_TO_BE_REPLACED

"It was really worrying at one point but Pink just kept singing."

Another fan admitted that Pink said during her set, "It takes me four years to learn any song," after she forgot the lines to her new tune What About Us.