It has gained major popularity since it was first launched.

Pippa O Connor took to Instagram today to announce on her stories that she's saying goodbye to a particular product.

Fans of the entrepreneur will be sad to know that her Blank Canvas eye shadow palette will no longer be put into production.

Taking to the social media site, Pippa said: “I cannot believe it, it’s been around for four years now, which is mad.

“When we came up with the idea of doing the palette together, it was launched in the summer and we said we’ll do it ’til Christmas.

“We did it with the intention of it being limited edition and everyone just loved it and they do still love it."

She continued saying that, “it’s time to say farewell and move on… who knows what else will happen," which is a major hint that something new is coming our way. 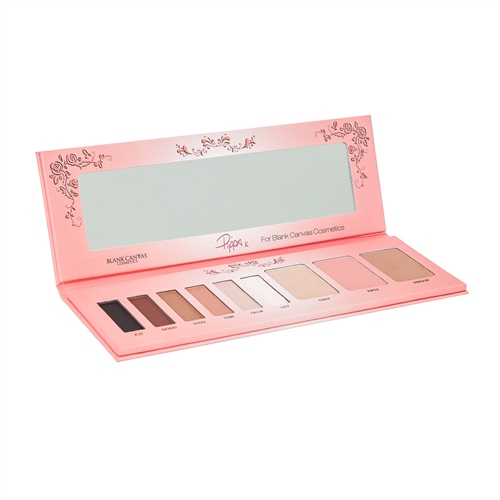 You can still buy the palette right now, but it's probably going to sell out really soon since it's the last ever batch of them. You can check it out here.

Girls With Goals || Her · Ep.151: 'A Story Shared' - Aoife P. Rafter on blogging during a pandemic and living with CF
popular
David Attenborough quits Instagram just two months after joining
Rosanna Davison brings her twin boys home to meet their big sister
Ryan Tubridy announces this year's Late Late Toy Show theme
This ingenious hack to clean your washing machine is an absolute game changer
QUIZ: Can you guess the TV show from the kitchen?
Police investigating I'm A Celeb over fears non-native creatures are escaping
Princess Diana's brother isn't happy with The Crown's depiction of his sister's marriage
You may also like
1 year ago
We just found out where Pippa's gorgeous green padded bomber jacket is from
1 year ago
Pippa O'Connor's flattering silk Zara blouse is only €40 and already selling out
2 years ago
Pippa O'Connor's €46 Topshop is now on sale and we just have to buy it
2 years ago
We absolutely adore Pippa O'Connor's red tartan River Island blazer
2 years ago
EXCLUSIVE: Pippa O'Connor talks about her new collection and must-have trend
2 years ago
This is where you can buy Pippa O'Connor's ceramic pumpkins for Halloween
Next Page