Former Playboy Bunny Holly Madison has spoken out about living with Hugh Hefner, saying the experience left her suicidal.

The 35-year-old was previously one of Hefner's girlfriends and starred in reality show Girls Of The Playboy Mansion.

While she may have appeared to live a glamourous lifestyle on the show, she has now revealed that her ordeal with the Playboy magnate damaged her self-confidence and left her depressed.

"Prior to moving into the Mansion, I’d been a fairly confident person, but it didn’t take long for my self-worth to crumble," she says in new book Down The Rabbit Hole. 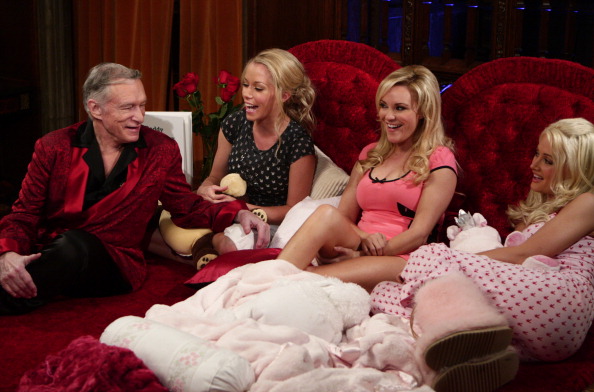 END_OF_DOCUMENT_TOKEN_TO_BE_REPLACED

Madison explains how Hefner unleashed a string of insults after she got a new haircut, saying it made her look "old, hard and cheap" and she was also targeted with "ruthless meangirling" from the other bunnies in the house.

She adds that she also struggled with the lurid nature of life in the mansion, saying that each room was stocked with "trays of Johnson's Baby Oil, Vaseline and Kleenex" and Hefner had offered her a Quaalude and described the drug as a "thigh opener".

The star, who is now married with a daughter, says that she has had no contact with Hefner since leaving the Mansion apart from a series of "creepy, short and reprimanding" letters.

popular
Miracle baby on the way for bride whose partner died on wedding day
The age at which you lose your virginity can have a huge impact on your sexual enjoyment
Tributes pour in for 28-year-old primary school teacher killed in London
Johnny Depp confirms he will be back as Grindelwald in Fantastic Beasts 3
Here's the average age people lose their virginity around the world
Someone has ranked the penis size of men from all over the world
Paul Mescal is officially nominated as one of the sexiest men alive
You may also like
2 weeks ago
Jennifer Aniston has just launched her own haircare brand
2 weeks ago
Peppa Pig's album has better reviews than Kanye's latest release
2 weeks ago
Girls Aloud's Sarah Harding has passed away
3 weeks ago
Amy De Bhrún: "I never wanted to be famous, just to be an actress"
3 weeks ago
Love Island's Mary pays tribute to grandmother who passed away while she was in the villa
4 weeks ago
Baby on Nirvana’s Nevermind album cover sues over child exploitation
Next Page