TV Presenter Melanie Sykes has opened up about her autism diagnosis and how she believes autism should not be classed as a disorder.

Speaking on ITV's Loose Women, she revealed that she was diagnosed after working on a documentary about autistic people in the education system.

END_OF_DOCUMENT_TOKEN_TO_BE_REPLACED

In the first interview about her diagnosis, she said:

Autism is not recognised as a disease or an illness but it is called autism spectrum disorder.

Reiterating her point later in in the interview, she said: "I'm here for everyone who's autistic. It's a good thing, because it's not a disorder... it's the things that we can do!" 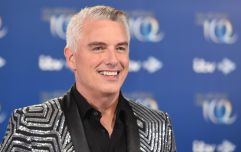 END_OF_DOCUMENT_TOKEN_TO_BE_REPLACED

Earlier this month on Instagram, Melanie said that she'd been working on the documentary with Harry Thompson, who has autism, and he told her he thought she might have it too.

"He thought I might have an ADHD/autistic profile based on how open I am, how expressive I am, my ability to pick up and drop lots of different bits of conversation and keep it lateral," she explained. 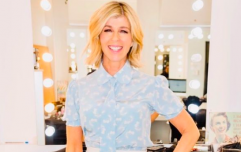 END_OF_DOCUMENT_TOKEN_TO_BE_REPLACED

She also opened up about how relieved she felt following the diagnosis.

"This week has been truly life-changing. Or rather, life affirming," she said.

Melanie's 17-year-old son, Tino, was diagnosed with autism when he was just three. She has highlighted how men and women with autism need to be treated differently.

“I was told then that with girls, it doesn’t get as seen because they hide it well. If you’re being tested on how a boy or a male presents a certain condition... it looks very different to a woman.

"So why are we being looked at in the form of man when we’re completely different animals?"

popular
Parent's Benefit Leave in Ireland is being extended from today - here's what you need to know
Drama series about Maxine Carr and Ian Huntley is filming in Dublin
Love Island's Gemma finally tells villa about dad Michael Owen on TV
Saoírse Ruane's mum shares her daughter's anxiety over doctor visits
Love Island: Danica sets her sights on Andrew as Luca asks Jacques about his relationship with Gemma
10 stunning and affordable outfits that are perfect for a summer wedding
Irish girls name was the most used Irish name in the United States last year
You may also like
3 weeks ago
Love Island viewers react as Davide couples up with Gemma despite age gap
4 weeks ago
Michael Owen says daughter going on Love Island is his "worst nightmare"
1 month ago
Is a Love Island All Star season in the works?
1 month ago
New Love Island trailer pokes fun at every other dating show
2 months ago
Big Brother is finally making a comeback - here's what we know
2 months ago
Love Island set to be the "longest" series ever as start date "confirmed"
Next Page