Ah gorge for him.

Prince Charles met the lovely Greta Thunberg today in Davos, and said that climate change, global warming and loss of diversity are the "greatest threats humanity has ever faced".

During his address at the World Economic Forum, the heir to the British throne said: 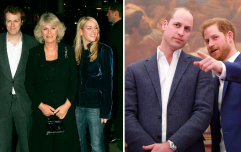 END_OF_DOCUMENT_TOKEN_TO_BE_REPLACED

"Now it is time to take it to the next level. In order to secure our future and to prosper we need to evolve our economic model."

He arrived in Switzerland in a fully electric Jaguar car and met teenage climate change campaigner Thunberg after his speech.

In his keynote speech, he said: "We are in the midst of a crisis that is now I hope well understood." 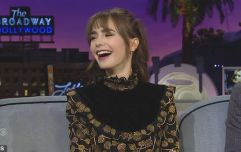 END_OF_DOCUMENT_TOKEN_TO_BE_REPLACED

"Global warning, climate change and the devastating loss of biodiversity are the greatest threats humanity has ever faced."

He told the audience:

"Do we want to go down in history as the people who did nothing to bring the world back from the brink, in trying to restore the balance, when we could have done? I don't want to." 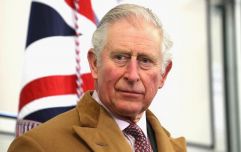 END_OF_DOCUMENT_TOKEN_TO_BE_REPLACED

"Just think for a moment, what good is all the extra wealth in the world gained from business as usual if you can do nothing with it except watch it burn in catastrophic conditions.

"This is why I need your help, your ingenuity and your practical skills to ensure that the private sector leads the world out of the approaching catastrophe into which we have engineered ourselves."

popular
Gwen Stefani reportedly pregnant with baby number four
Adam Collard opens up on dating life since Paige Thorne split
Gaz Beadle reveals his wife Emma McVey is undergoing heart surgery
Mum who lost baby after home birth claims maternity hospital failed to share medical details
Man claims to have found infant remains near Bessborough site in the 90s
Infant boy dies in tragic accident in West Cork
Akon slammed for bizarre misogynistic rant about a woman's "role"
You may also like
4 months ago
Prince Charles issues statement after becoming King
5 months ago
WATCH: The trailer for HBO's Diana documentary is here
10 months ago
Prince Charles and Camilla meet with family of Ashling Murphy during Tipperary visit
11 months ago
Security operation underway with Prince Charles and Camilla set to visit Ireland next month
11 months ago
Camilla issues statement after being named future Queen Consort
1 year ago
A slice of cake from Charles and Diana's wedding is up for auction
Next Page