Prince Harry has opened up about what it was like to grow up in the royal family.

The Prince spoke about his early life during a recent appearance on The Armchair Expert Podcast with Dax Shepard and Monica Padman.

END_OF_DOCUMENT_TOKEN_TO_BE_REPLACED

Harry said that growing up in the spotlight felt like "a mix between The Truman Show and living in a zoo".

He continued: "It's the job, right? Grin and bear it. Get on with it.

Harry then spoke about the anxiety he felt over history repeating itself.

END_OF_DOCUMENT_TOKEN_TO_BE_REPLACED

"How am I ever going to settle down and have a wife and family, when I know it's going to happen again?"

The Prince also spoke about how much better he felt after attending therapy.

"Once I started doing therapy, it was like the bubble was burst. I plucked my head out of the sand and gave it a good shake off, and I was like, 'You're in a position of privilege'. Stop complaining and stop thinking you want something different.

"Make this different, because you can't get out." 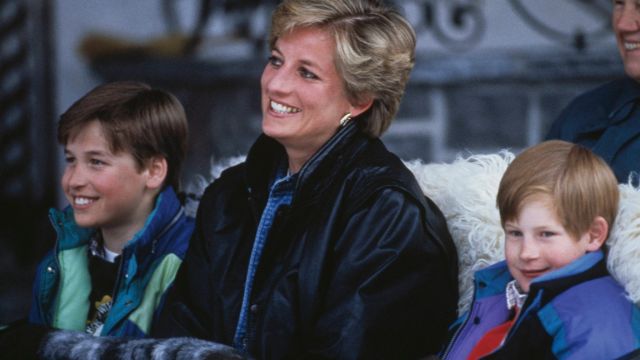 END_OF_DOCUMENT_TOKEN_TO_BE_REPLACED

He added that he aims to make his mum proud by effecting change through his philanthropy work.

In the past year, Harry has been unafraid to speak candidly about life in the royal family, as well as his wife's experience.

Meghan joined Harry for a tell-all interview with Oprah Winfrey earlier this year, where they addressed their decision to step down as royals and move to the United States.

The couple continue to work on a number of projects through Archewell, their philanthropic organisation.

Harry himself has been busy, and has taken up positions at the Aspen Institute, a think tank that tackles misinformation, and at BetterUp, a Silicon Valley start-up that focuses on mental health services.

popular
Paige Thorne breaks her silence on Jacques O'Neill drama
Love Island producers respond to claims Jacques was kicked off the show for "bullying"
Ekin-Su Cülcüloğlu signs the biggest fashion deal in Love Island history
Why Are Men so Obsessed With Boobs? The Answer is Pretty Surprising...
Top tips for keeping your fake tan on for longer as the weather heats up
Get Out has officially dropped on Netflix and we know what we're watching tonight
Love Island's Amber opens up on unaired fight between Remi and Jacques
You may also like
2 weeks ago
Harry and Meghan have apparently been given a rather mean nickname by neighbours
2 months ago
Harry and Meghan release brand new picture of Lilibet to mark 1st birthday
3 months ago
Meghan Markle and Prince Harry nearly named their son Harrison
5 months ago
The dress Meghan Markle wore in her Oprah interview is going into a museum
5 months ago
Turns out, the Duchess of Cornwall had a rather harsh nickname for Meghan
5 months ago
Prince Harry reveals he "does not feel safe" coming back to the UK
Next Page